Financialisation, Biodiversity Conservation and Equity: Some Currents and Concerns

"The current biodiversity crisis is giving rise to calls for a massive mobilisation of financial resources to conserve biodiversity and to reduce the drivers of biodiversity loss."

"How does the marketing and financialising of conserved nonhuman nature connect with a historical trajectory that consolidates capital, including 'natural capital', in the hands of a minority of people?... ...it highlights that when nature aspects are converted into a dollar sign in a capitalist market economy, it may be the dollar that is valued, not the nature that underlies this." An important essay from JC member Sian Sullivan.

The Living Convention on Biocultural Diversity

An overview of the compendium contains a comprehensive compilation of international legal provisions organized into categories of rights that support the stewards of biocultural diversity. It is intended to serve as a useful resource for Indigenous Peoples, local communities, NGOs and others who want to reference and use international law at the national and local levels. A first draft of the publication has been completed and we welcome its rigorous peer review. 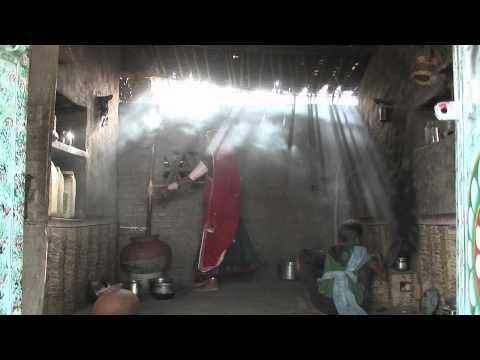 Video from Natural Justice focussing on protocols developed by Indigenous peoples or mobile or local communities ("community protocols"). A useful means by which a range of peoples and communities can engage with others according to their values, and on the basis of customary, national and international rights and responsibilities.

The moral arc of conservation.

“Change also came about at the turn of the last century because of the issue of justice. The arc of conservation was bending with the realization that our moral argument for the value of conserving biodiversity was seriously flawed if we ourselves were acting immorally towards people. Seeking one justice did not justify abrogating another. So conservation entered the period of accommodation, of self-examination, and of change. It was clear that we needed to seriously consider how our actions, taken in pursuit of conservation goals, affected the rights of the people impacted by those actions.”

"Conservation is primarily not about biology but about people and the choices they make."

Abstract: The conservation community increasingly views the corporate sector as a positive force for con- servation. Collaborations between corporations and nongovernmental conservation organizations (NGOs) seek to mitigate the negative effects of corporate activities and augment positive conservation outcomes. I reviewed the establishment of corporate social responsibility (CSR) policies by corporations; the emerging fo- cus on environmental practices and sustainability; and the history of engagement between corporations and nongovernmental organizations. I considered the ethical and reputation vulnerabilities of these collabora- tions, which depend especially on the financial nature of the relationship and reviewed how CSR approaches have influenced corporate practices. I concluded that whereas CSR practices can act to mitigate negative environmental impact, to date they have had limited positive effect on biodiversity conservation.

S. Romi Mukherjee outlines human rights-based approaches to science, technology and development, and what they mean for policy and practice.

"Many international policy scholars argue that rights-based approaches help to re-orient NGOs and the UN system away from professionalised philanthropy and towards capacity-building; that they promise sustainable interventions and reduce dependency on aid; and that they help to redefine the responsibilities of governmental authorities, local actors, NGOs, and the UN system."

Saving the rainforest: Why human rights is the key

The annual destruction of 13 million hectares of tropical forest is widely recognized as a global disaster. A new report from Rainforest Foundation Norway shows how the rainforest can be saved.

Recognizing the rights of forest people to manage their land is critical to reducing deforestation rates and safeguarding global forests, argues a new report published by Rainforest Foundation Norway.

Progress Report of the Whakatane Mechanism

The Whakatane Mechanism assesses the respect of human rights in protected areas, provides recommendations to address human rights violations and facilitates a dialogue between the management authorities and indigenous peoples in order to reach joint solutions. It also celebrates and promotes best practices in conservation and successful partnerships between indigenous peoples and protected areas authorities.