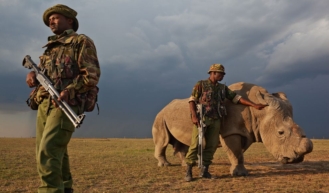 The Living Convention on Biocultural Diversity 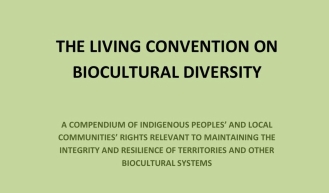 An overview of the compendium contains a comprehensive compilation of international legal provisions organized into categories of rights that support the stewards of biocultural diversity. It is intended to serve as a useful resource for Indigenous Peoples, local communities, NGOs and others who want to reference and use international law at the national and local levels. A first draft of the publication has been completed and we welcome its rigorous peer review.

"Conservation is primarily not about biology but about people and the choices they make."

Abstract: The conservation community increasingly views the corporate sector as a positive force for con- servation. Collaborations between corporations and nongovernmental conservation organizations (NGOs) seek to mitigate the negative effects of corporate activities and augment positive conservation outcomes. I reviewed the establishment of corporate social responsibility (CSR) policies by corporations; the emerging fo- cus on environmental practices and sustainability; and the history of engagement between corporations and nongovernmental organizations. I considered the ethical and reputation vulnerabilities of these collabora- tions, which depend especially on the financial nature of the relationship and reviewed how CSR approaches have influenced corporate practices. I concluded that whereas CSR practices can act to mitigate negative environmental impact, to date they have had limited positive effect on biodiversity conservation. 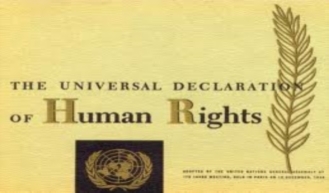 S. Romi Mukherjee outlines human rights-based approaches to science, technology and development, and what they mean for policy and practice.

"Many international policy scholars argue that rights-based approaches help to re-orient NGOs and the UN system away from professionalised philanthropy and towards capacity-building; that they promise sustainable interventions and reduce dependency on aid; and that they help to redefine the responsibilities of governmental authorities, local actors, NGOs, and the UN system." 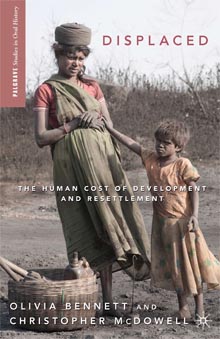 Who then are WWF accountable to? 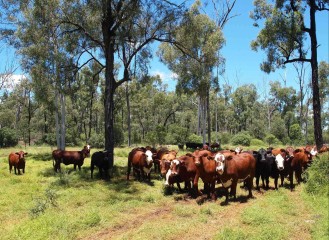 "...The issue of accountability is thorny for NGOs. The expectation that an environmental NGO should provide a vaguely described “public good” often results in their clients being loosely defined as sectors of society or the society as a whole. Unless, an NGO has a very specific and defined mandate with a target population, its client base will be so broad that it’s almost impossible to judge whether it is being responsive to its intended clients. In effect, there are often no specific clients to hold an NGO accountable” 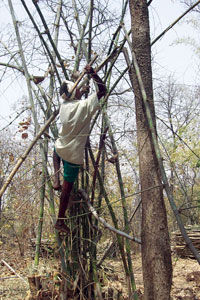 Decisions by Maharashtra’s top forest official can empower gram sabhas to prepare plans to revive their forests, but a policy is awaited.

At a meeting with gram sabha representatives and civil society members on March 9, Maharashtra’s principal secretary of forests agreed to allow gram sabhas to initiate working plans for community-owned forests in coordination with the forest department. The decision could be a shot in the arm for the CFR process in Maharashtra and also set a precedent for the country.