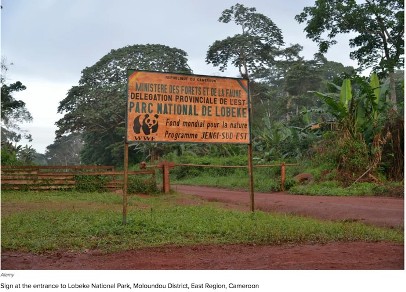 A bill proposed this week in the US House of Representatives — spurred by a BuzzFeed News investigation — would prohibit the government from awarding money to international conservation groups that fund or support human rights violations.

Utah Republican Rep. Rob Bishop introduced the legislation following an ongoing bipartisan probe by the House Committee on Natural Resources, which has spent nearly eight months reviewing whether taxpayer money has funded human rights abuses through conservation grants. The probe was prompted by BuzzFeed News’ series exposing how the World Wide Fund for Nature, a beloved wildlife conservation charity and a longtime partner of the US government, has closely backed anti-poaching forces who have tortured and killed people in national parks in Asia and Africa.

WWF gave the committee hundreds of pages of documents, including “disturbing internal reports which outline years of human rights abuse cases associated with WWF’s partners and work,” Bishop wrote in a letter on Friday outlining his bill. Some of those internal reports were first exposed by BuzzFeed News and include brutal evidence of torture, sexual assault, and murder.

Bishop is the ranking member on the committee, which is chaired by Rep. Raúl M. Grijalva, an Arizona Democrat. Bishop’s bill would go beyond WWF, strengthening oversight for all Interior Department grants for international conservation in the hopes of preventing “further violations of human rights against local and indigenous people,” Bishop wrote.

The bill would prohibit the director of the Interior’s US Fish and Wildlife Service, which provides most federal conservation funding, from awarding grants to entities “that fund or support gross violations of internationally recognized human rights.” It would put new rules in place demanding that conservation groups that receive such grants quickly report credible allegations.

It would also make additional demands of conservation groups applying for grants in a "high-risk" country. They would have to specifically describe how they planned to protect human rights, such as the safeguards they would deploy, and the training materials they would use. They would also have to detail the accountability measures they would enact to ensure funds are used properly, as well as submit to an independent third-party audit.

Bishop has asked Grijalva to hold an oversight hearing about the ongoing bipartisan investigation, followed by a legislative hearing on his bill "to deter possibilities of future taxpayer-funded instances of torture, rape, and extrajudicial killings."

“I am confident that we both recognize gaps in the Department's accountability of grants which necessitate a meaningful public discussion to ensure proper safeguards are in place and enforced,” Bishop wrote in his letter. “Convening these hearings is an appropriate and effective way to begin addressing needed accountability measures in this important area of the Committee's jurisdiction.”

Since BuzzFeed News published its first articles on WWF, the committee has also initiated a review by the Government Accountability Office, a federal watchdog agency. The House investigation has also prompted the Interior Department to publicly question "the adequacy of the controls in place to effectively and transparently monitor the use of United States taxpayer resources that support conservation and trafficking goals.” The Department decided to halt millions of dollars in funds to multiple grantees as a result.

The House passed its 2020 appropriations agreement this week, which also included language about protecting indigenous people's rights. It requires that the Department of the Interior develop policies and procedures that ensure indigenous people and local communities are given information about projects on their land, that park rangers are “properly trained and monitored,” and that there are “effective grievance and redress mechanisms for victims of human rights violations and other misconduct.”

The bipartisan House inquiry is part of a wave of international probes following BuzzFeed News’ investigation. The UK’s Charity Commission has also launched an investigation, and WWF’s German branch completed its own internal inquiry, which found that the charity must overhaul its human rights policies. Germany froze some funding to WWF for a park in the Democratic Republic of the Congo over the summer pending further inquiries.

WWF is also conducting its own investigation, and in April it appointed Navi Pillay, the former UN high commissioner for human rights, to chair that inquiry. WWF President Pavan Sukhdev has promised to take “swift and appropriate action” to address any “shortcomings uncovered by the review.” The panel originally planned to publish its findings by the end of 2019 but did not do so. Its secretary declined to comment on when it now expects to conclude its review.