East Africa must reject its colonial model of conserving wildlife

The recent violent evictions of Maasai in Loliondo, Tanzania, to make way for a luxury game reserve is the latest in a long list of examples of community owners of land suffering under a “fortress conservation” model adopted in the heyday of colonialism. And what for? So that others, be they wealthy tourists or royalty, can use swathes of land as their playgrounds.

The Brutal and Illegal Land Demarcation Operation in Contempt of Court Continues in Loliondo.

It Must be Stopped and the Beacons Uprooted!

With total lawlessness, massive deployment of security forces, senseless violence and shameless lies, the Tanzanian government continues planting beacons* in contempt of court to demarcate and alienate from the Maasai the 1,500 km2 of vitally important grazing land that it – lobbied by OBC that organizes hunting for Sheikh Mohammed of Dubai - has attempted to steal so many times. This operation started less than two weeks before the East African Court of Justice is expected to deliver its ruling on 22nd June. Many people have been injured, are missing or arrested, including local leaders who were lured by the DC and arrested the first day, kept incommunicado, and now charged with "murder" (for self defence exercised while they were locked up) together with ten others. This crime must be stopped, and the illegal beacons must be uprooted! The ruling was the day before the scheduled date postponed to September! 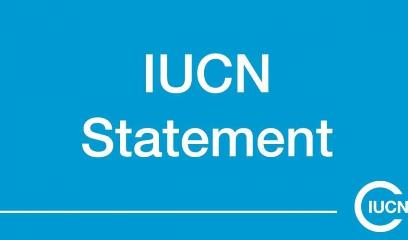 IUCN is deeply concerned by reports of violence by security forces against the Maasai Indigenous Peoples in the Loliondo Division of Ngorongoro District, in northern Tanzania. Reports of at least one death and a number of people sustaining injuries are particularly alarming.

Never ever again dance to Majaliwa’s tune! It ends in tears however much he smiles and however clearly you explain everything to him!

Maasai Land All Over Tanzania Threatened

On 3rd June, in her budget speech for 2022-2023, Minister of Natural Resources and Tourism Pindi Chana said that her Ministry expects to upgrade Loliondo Game Controlled Area to a Game Reserve. This is not only a criminal threat of violence and destruction of thousands of lives and livelihoods, but if in any way implemented, contempt of court in the case, in its final stages, in the East African Court of Justice. This comes only days after local leaders, on 25th May, in their futile dance to PM Majaliwa’s tune - at the same time as those from NCA – handed in explanations that the land is theirs, that they need it, that they care for it, and that they aren’t going anywhere. As if Majaliwa, or anyone in the government would listen … There must be loud protests, more court cases, perhaps even a reclaim of Serengeti if the government continues like this.

Indigenous people make up a third of the total number of environmental defenders killed across the globe. The most critical situation is in Colombia, where 117 Indigenous people have been murdered between 2012 and 2020.

Indigenous people make up a third of the total number of environmental defenders killed across the globe, despite being a total of 4% of the world’s population, according to a report by Global Witness. The most critical situation is in Colombia, where 117 Indigenous people have been murdered between 2012 and 2020. Conflicts over extractive industries and territorial invasions are a major cause of violence against Indigenous communities. Between 2017 and 2021, there were 2,109 cases of communities affected by extractive industries and their associated activities in Peru, Colombia, Mexico, Guatemala and Honduras. Mongabay Latam interviewed 12 Indigenous leaders from nine countries across Latin America and spoke to them about the threats they face and the murders occurring in the region.