On 25 September, state deputies in the Legislative Assembly of Rondonia, after less than an hour of discussion, abolished 11 protected areas, covering about 600,000 hectares (2,316 square miles), equivalent to about 3 percent of the total area of the state. The measure was pushed through in record time – the bill was presented to the Assembly in the morning and by the afternoon it was approved.

Even so, the move was not a bolt from the blue but stemmed from a fierce back-and-forth battle between the bancada ruralista agribusiness lobby in the Legislative Assembly on the one hand and the state government, backed by environmentalists, on the other – a struggle that has been raging for the last six months.

The state government issued a decree creating the 11 protected areas on 20 March 2018. Hearing rumors that the decree was about to be signed, State Deputy Alex Redano, a right-wing politician, reacted quickly. He brought forward a constitutional amendment (PEC 037/2017) making it impossible for the state government to create any kind of protected area without the Assembly being consulted. The amendment was approved on the very day that the decree creating the 11 protected areas was published. 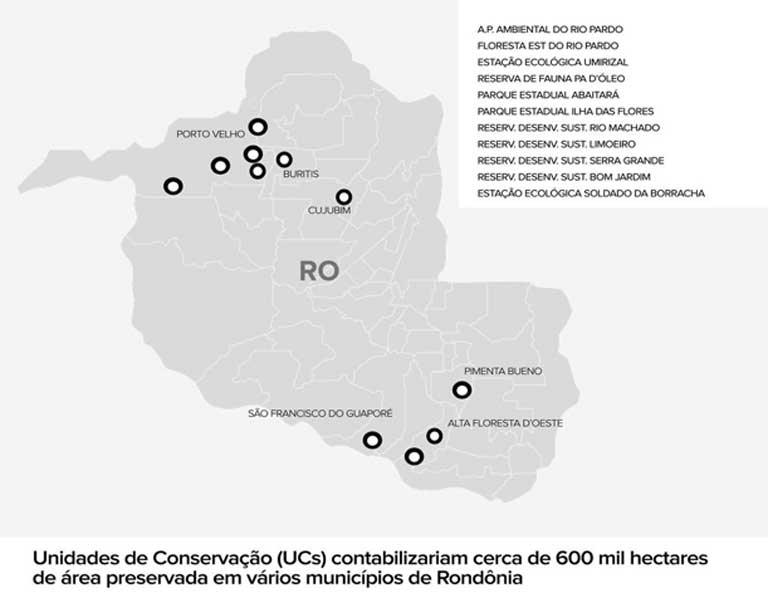 A map showing the 11 newly created protected areas, all of which have been abolished due to the legislative maneuvering of the bancada ruralista agribusiness lobby. Image courtesy of Arte G1. 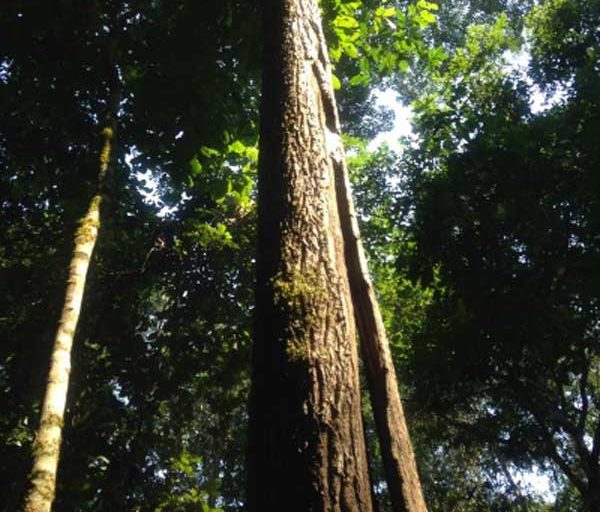 A forest tree in Rio Machado. Image courtesy of SEDAM.

However, the Assembly’s rural lobby didn’t give up. According to Hamilton Santiago Pereira, Secretary for Environmental Development in the state government, the bancada ruralista demanded the abolition of the largest of the new protected areas – the Ecological Rubber Soldier Station (Estação Ecológica Soldado da Borracha), covering 178,948 hectares (691 square miles), in return for support of an emergency bill that would increase government revenue, needed to make essential payments, including the wages of civil servants. The state government reluctantly agreed.

The Ecological Rubber Soldier Station, named after the thousands of men who migrated to the region to tap rubber during the Second World War, had been set up in March as a Reserve for Sustainable Development (Reserva de Desenvolvimento Sustentável, RDS). The plan was to allow the traditional populations to remain but to evict illegal invaders who were cutting down the forest. 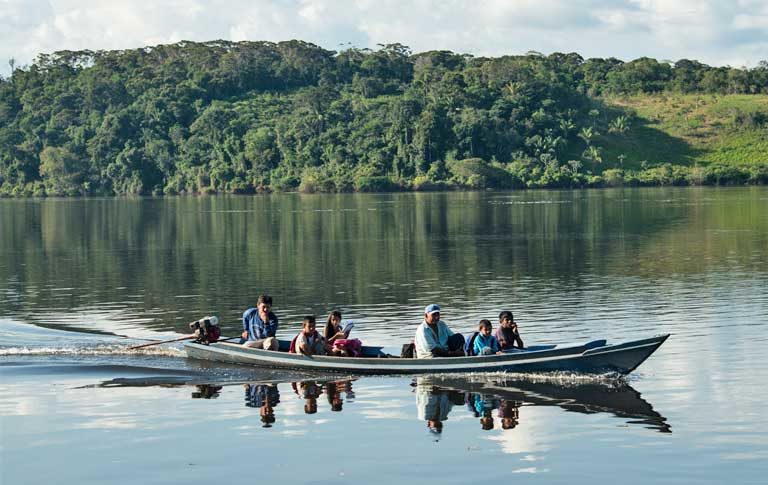 Traditional people in Rondonia and their livelihoods are now under threat due to an influx of land-hungry families and cattle ranchers into the state. Image by WWF Brasil.

The government only agreed to abolishing this one protected area. However, taking advantage of the moment, the Assembly unexpectedly passed an amendment to the bill so that all 11 protected areas would be scrapped. State deputy José Eurípides Clemente, known as Lebrão, said afterwards that the Assembly is made up of “rural deputies who are committed in a general way to the state of Rondonia, but especially to agribusiness.”

He went on: “May the extinction of the protected areas serve as an example to future governments that they cannot trample over the Legislative Assembly.”

State Deputy Maurão de Carvalho added: “Rondonia hasn’t room for any more protected areas. We’ve got too many in any case.”

However, Mauricio Voivodic, executive director of WWF-Brasil, one of the primary voices defending the new protected areas, said: “This decision has not been debated with society. It’s fundamental that we keep the protected areas. If the forest goes, all the environmental services that humanity depends upon will go too.” The Amazon rainforest is key to the sequestration of carbon, helping curb a dangerous escalation of human-caused global warming.

The debate over land use is particularly fierce in Rondonia. The latest figures published by the government’s Brazilian Institute of Geography and Statistics (Instituto Brasileiro de Geografia e Estatística, IBGE), show that, whereas 30 years ago only 2 percent of the state’s forested land had been felled, that has now increased to 28.5 percent, the highest level in any Amazonian state. The main reason: a massive influx of land-hungry families, encouraged by the government, along with the uncontrolled expansion of logging and land clearing for ranching.

It is evident, say conservationists, that very little land remains that can be legally deforested. According to Brazil’s Forest Code, all owners of rural properties within a nine state area known as Legal Amazonia are required to leave 80 percent of their land as an undistrubed forest reserve. Protected areas, including indigenous reserves, cover about 40 percent of the state.

As a result, many of those seeking land today are invading protected areas. These illegal incursions could result in an escalation of land conflicts with indigenous groups, and with government law enforcement, that could become increasingly violent, especially if the bancada ruralist strengthens its control over the Assembly as a result of Sunday’s national election, as seems likely.

FEEDBACK: Use this form to send a message to the author of this post. If you want to post a public comment, you can do that at the bottom of the page. 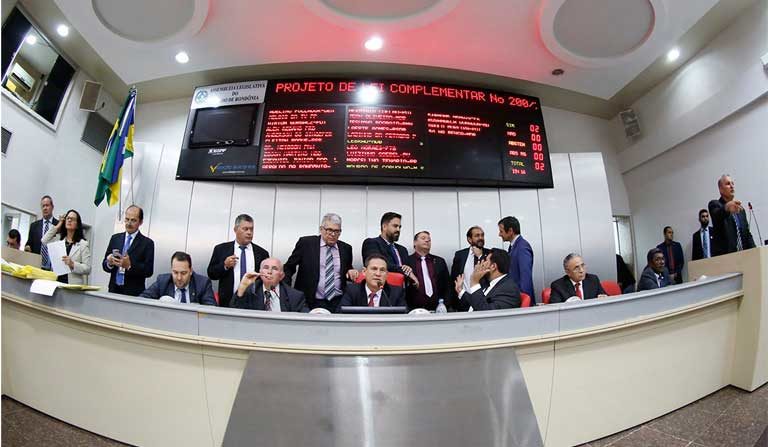