A diverse group of the world's leading experts in marine conservation is calling for a Hippocratic Oath for ocean conservation ? Not unlike the pledge physicians take to uphold specific ethical standards when practicing medicine.

A code of conduct for marine conservation would help prevent human rights violations that might occur during conservation and promote fair, socially responsible decision-making when planning and carrying out actions to protect the ocean. The recommendations were published May 15 in the journal Marine Policy.

"The benefit of developing a code of conduct is that we are taking past mistakes and learning from them," said lead author Nathan Bennett, a researcher at the University of Washington, the University of British Columbia and Stanford University. "We are trying to suggest a way forward and ultimately to increase the success of conservation."

An international group of academics and practitioners from universities, government agencies and nonprofit organizations convened at the International Union for Conservation of Nature's World Conservation Congress ? the world's largest recurring conservation event ? in Honolulu last year to discuss the need for a marine code of conduct and put together a framework for what such a document would include. This discussion, along with a review of existing conservation policies, is summarized in the new paper.

"Bringing together this broad group of experts is really the first step in a longer process," Bennett explained. "What we are calling for here is for the development and application of a code of conduct by the entire marine conservation community. This will require some of the key players in marine conservation to step up and support this initiative." 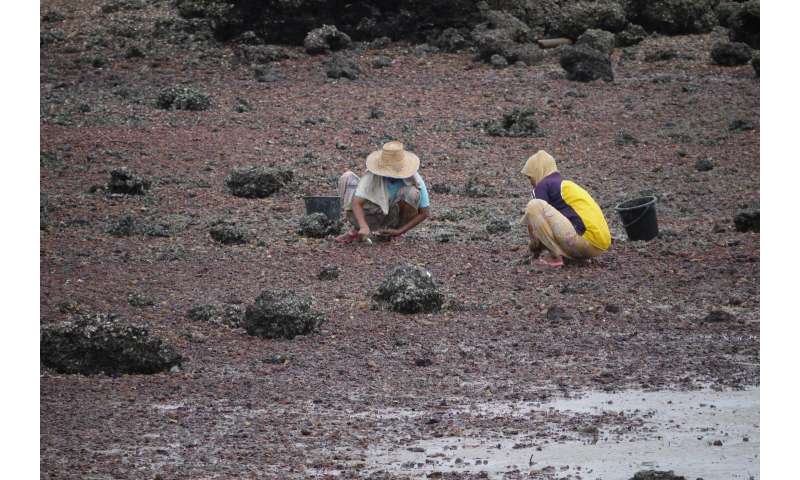 Harvesting activities by both genders, such as these women gleaners, need to be considered in marine conservation. Women's fishing and gleaning activities often make an important contribution to household incomes and food security. Credit:Nathan Bennett, University of Washington/University of British Columbia.

A number of human rights violations have occurred as byproducts of conservation activities in various parts of the world. In Tanzania, for example, coastal indigenous people have been forced off their land in the government's attempt to protect the area. In South Africa, areas that were designated for marine protection without consulting local communities are cited as examples of "ocean grabbing". Policies or actions that take away resources and rights of small-scale fishing communities.

Part of the problem, the authors say, is that marine conservation is relatively new and it is ramping up quickly to meet global targets to protect 10 percent of the oceans by 2020. Mistakes or negligence can happen under tight deadlines. Additionally, oceans have several unique qualities that make it difficult to navigate conservation work: property rights are not as clearly defined in the sea as on land; jurisdictions are hard to define and rules are hard to enforce; and there are stark differences in opinion over whether to further exploit the ocean's natural resources or protect them.

It is perhaps the world's newest "Wild West" scenario.

"The oceans are a busy place these days, with everyone trying to stake their claim with different end goals in mind," Bennett said. "Dealing with issues around how decisions are made, who is involved and being clear about the rationales for decisions ? and putting that information on the table in a transparent way ? are some fundamental challenges to making marine conservation happen in a good way."

The paper's authors lay out a number of social justice, accountability and decision-making principles that could be used for a marine conservation code of conduct. These include topics such as indigenous rights, food and livelihood security, inclusivity and transparency. They also list draft objectives for further development, and they cite examples of good and bad outcomes from conservation activities. 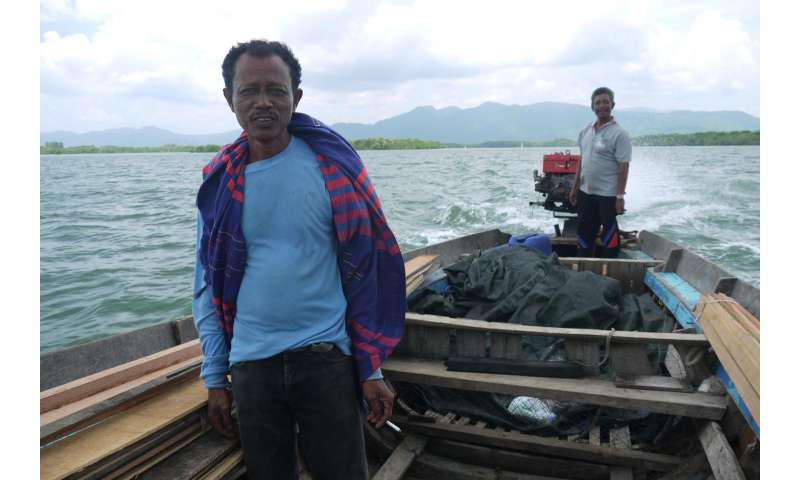 These are small-scale fishers in Thailand heading offshore in search of fish. Credit: Nathan Bennett, University of Washington/University of British Columbia

In British Columbia, for example, the marine planning process has been inclusive of all affected parties. In Hawaii, a marine national monument integrates native culture while protecting the ecosystem's health and diversity. Lessons learned from these positive examples, and others, can also be used to guide development of an international code of conduct, Bennett said.

The authors plan to discuss their recommendations at several upcoming international ocean meetings, including the United Nations Ocean Conference in June, the International Marine Protected Areas Congress in September and the Our Ocean conference in October. They hope other scientists, policymakers and funders will weigh in on what should be included in such a document, then get to work on drafting a code of conduct.

They expect the final document will be used as a tool to educate and guide the actions of the next generation of conservation practitioners and advocates and, when necessary, as a means to hold groups accountable for their actions.

"The practice of marine conservation always involves trade-offs. This analysis makes it clear that society's most vulnerable cannot be expected to carry the main burdens of conservation," said co-lead author Patrick Christie, a UW professor in the School of Marine and Environmental Affairs and the Jackson School of International Studies. "Without taking into careful consideration the principles of this analysis, conservation will likely fail in the long term and have unintended negative impacts on society and environments."