The evolving field called compassionate conservation, in which the guiding principle "First do no harm" stresses the importance of individual nonhuman animals (animals), is gaining increasing global attention because almost animals need considerably more protection than they are currently receiving and many people, including researchers, can no longer justify or stomach harming and killing animals "in the name of conservation." It builds on an agenda that calls for "doing science while respecting animals" and for protecting animals because they are intrinsically valuable, and do not only have instrumental value because of what they can do for us. 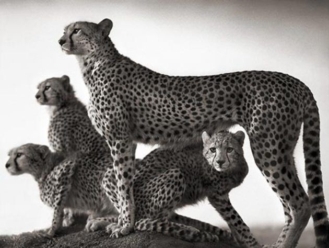 Compassion as a Practical and Evolved Ethic for Conservation

A forthcoming essay called "Compassion as a Practical and Evolved Ethic for Conservation" by Dr. Daniel Ramp (who leads the Centre for Compassionate Conservation in the School of the Environment at the University of Technology, Sydney, Australia) and myself, to be published in the journal BioScience, lays out the agenda for an ethical position for decision making for conservation biologists. The abstract reads:

The ethical position underpinning decisionmaking is an important concern for conservation biologists when setting priorities for interventions. The recent debate on how best to protect nature has centered on contrasting intrinsic and aesthetic values against utilitarian and economic values, driven by an inevitable global rise in conservation conflicts. These discussions have primarily been targeted at species and ecosystems for success, without explicitly expressing concern for the intrinsic value and welfare of individual animals. In part, this is because animal welfare has historically been thought of as an impediment to conservation. However, practical implementations of conservation that provide good welfare outcomes for individuals are no longer conceptually challenging; they have become reality. This reality, included under the auspices of "compassionate conservation," reflects an evolved ethic for sharing space with nature and is a major step forward for conservation.

Dr. Ramp and I (and many others) fully recognize that conservation is ethically challenged. This does not mean that conservation biologists are cold-blooded killers who don't care about the well-being of animals, but rather that the problems that are faced throughout the world, most brought on by human intervention in the lives of other animals, are challenging to the point of being daunting. Often, it seems as if the only and easiest solution is to kill the "problem animals" and move on to the next situation, in a never ending series of conflicts. However, killing simply does not work in the long run. And, of course, as many others and we have pointed out, it is ethically indefensible.

Unlike the dominant utilitarian approach to conservation, which puts the cost of reaching conservation targets squarely on the shoulders of other animals, a compassionate ethic for conservation brings empathy into decisionmaking alongside other values. It is not a rights position but, rather, puts forward a scientific and evidence-based conceptual approach that stipulates that conservation initiatives should first do no harm (Bekoff 2010). This is important not only because of what we now know about the cognitive and emotional lives (consciousness and sentience) of other animals (Bekoff 2007, Bekoff and Pierce 2009) but also as a moral imperative for providing modern solutions for sharing space with nature and for fostering the possibility for diverse species to live in peaceful coexistence (Hinchliffe et al. 2005). Compassionate conservation allows for--but does not prescriptively dictate--outcomes in which the interests of others supersede those of humans. (References can be found in our essay.)

Compassionate conservation would not allow, for example, comorants to be killed to save salmon, barred owls to be killed to save spotted owls, or coyotes to be killed because they're a nuisance. In a recent essay called "When is it OK to kill a coyote?" we read: "Removing a few of the bullying coyotes can often keep the others in check, by sending a warning signal to the rest of the pack and preventing the bold ones from training juveniles, said Rex Baker, a professor emeritus of agricultural biology at Cal Poly Pomona, who is one of California's leading experts on the animals." This is rubbish, and Mr. Baker, a purported coyote expert, needs to do his homework and read up on the basics of coyote behavior, for there is no evidence at all that this sort of "training" occurs nor that killing coyotes works to "manage" them.

It should be stressed that all animals -- human and nonhuman -- are considered to be stakeholders in projects that seek compassionate and humane outcomes. In our challenging, complicated, and heavily over-populated and consumptive world, it's naive to expect that humans can be left out of the equation. We're all over the place, there are far too many of us, and conflicts with other animals are inevitable, even in remote places that seem to be outside of our reach. As the Beatles rightfully exclaimed, we are "here, there and everywhere."

Living with "problem animals": Wonderful examples of striving for coexistence with elephants and leopards in India

In addition to examples offered in our essay and discussed on the website for the Centre for Compassionate Conservation, I recently learned of two projects in India that stress peaceful coexistence between humans and nonhumans who harm and kill the humans and destroy their businesses. T. R. Shankar Raman, of the Nature Conservation Foundation in Mysore, told me about a project in which people in Valparai learned to coexist with elephants on tea plantations by using mobile phones to know where the elephants were hanging out so they could be avoided. The video called "Living with Elephants" is really worth watching.

The other project is concerned with coexisting with leopards, and an essay called "Leopard Landscapes: Coexisting with carnivores in countryside and city," is a must read for people who have conflicts with dangerous predators. Among the many important lessons contained in this essay are discussions about how translocation projects don't work, but learning about the behavior and movement patterns of leopards can help to avoid dangerous conflicts. This most important essay on leopards concludes:

Changing the focus from "problem animals", which has proved ineffective, to "problem locations" also changes the issues that need to be addressed and measures that need to be in place. It brings into consideration site-specific measures to reduce leopard visitations that may lead to negative interactions with people. This could include control of the domestic dog population, appropriate disposal of garbage and kitchen and medical waste, and better protection for livestock in safe corrals. It draws attention to providing better amenities for tribal and under-privileged people living in the area, including lighting, housing, sanitation (to reduce open defecation in forests, especially at night), and other public safety measures. Changing the focus from leopard to location also implies a change from reactive measures (such as capture after conflicts occur) to pro-active efforts (such as making safer surroundings to pre-empt attacks) that reduce negative interactions while enabling people and leopards to share the landscape.

Along the lines of stressing the importance of, and the ability to achieve, peaceful coexistence with a wide variety of animals, Dr. Ramp and I conclude:

Despite clear progress, decisionmakers have only just begun to recognize the importance and utility of a compassionate and practical framework for conservation decisionmaking and triage. Difficult questions need to be asked about how best to engage with nature to resolve conservation conflicts. The aspirations underlying compassionate conservation have been long held by those interested in protecting nature, but as a movement, with a clear framework of operation, compassionate conservation is in its infancy. Factoring compassion into conservation presents a simple and morally acceptable approach to resolving issues of land sharing by using the universal ethic of a concern for the suffering of others and attempts to alleviate it. Peaceful coexistence with other animals and their homes, grounded in compassion, is needed in an increasingly human-dominated world if society is to preserve and conserve nature in holistic and humane ways.

Striving to live peacefully with other animals with whom we share space, and into whose homes we've moved, is part of the process of "rewilding our hearts," and coming to appreciate other animals for whom they are and for what they want and need in our troubled world -- to live in peace and safety. As Dr. Ramp and I note, "Peaceful coexistence with other animals and their homes, grounded in compassion, is needed in an increasingly human-dominated world if society is to preserve and conserve nature in holistic and humane ways."

The future and exciting challenges for compassionate conservation

These surely are exciting times for compassionate conservation, and for those who want to learn more about, and further the impact of, compassionate conservation, there will be a meeting at the University of British Columbia (Canada) from July 28-31, 2015. We hope all interested parties will attend and contribute to this most exciting, essential, challenging, and forward-looking endeavor.

A number of people have told me that the goals of compassionate conservation are very admirable, but unobtainable "in reality" (whatever that means). I totally disagree. They're only unobtainable if we continue to take the easy road in which self-centered human interests routinely and wantonly trump those of other animals and we refuse "to think out of the box."

As a paradigm shift in thinking, feeling, and acting, realizing the goals of compassionate conservation will take a lot of hard work globally. We must be bold, proactive, positive, passionate, and persistent. Innovative and humane solutions to the plethora of global human-animal conflicts will surely challenge the best of minds, and it's incredibly exciting to see just how creative we can be as we work to respect and honor the lives of individual animals who are trying to make it -- to survive, thrive, and live in peace and safety -- in a world laden and burdened with humans.

Bekoff M, Jamieson D. 1990. Cognitive ethology and applied philosophy the significance of an evolutionary biology of mind. Trends in Ecology and Evolution 5: 156-159.