On a scarred hillside on the edge of the Kahuzi-Biéga national park, smoke rises from the once-forested slope as men cut down trees and burn them for charcoal. Suddenly, warning cries echo across the landscape. Park rangers are arriving. More men come running to the scene, some carrying machetes in anticipation of a confrontation. A tense stand-off follows.

This corner of the Democratic Republic of the Congo is a frontline of a simmering and sometimes deadly conflict between two largely impoverished groups: the autochthon people, forced out of the forest as part of conservation efforts, and the rangers, who are tasked with protecting the land.

The situation across the vast Kahuzi-Biéga national park, home to the endangered eastern lowland (Grauer) gorilla, is itself a microcosm of growing tensions across the globe between conservation efforts and the rights of tribal peoples displaced by those efforts.

Here, the conflict escalated sharply at the beginning of the year, after candidates in national elections encouraged the autochthon – popularly known as the Pygmies – to return to the forest. Violence erupted again at the weekend, leaving one person dead, reportedly a Pygmy, and 14 injured. 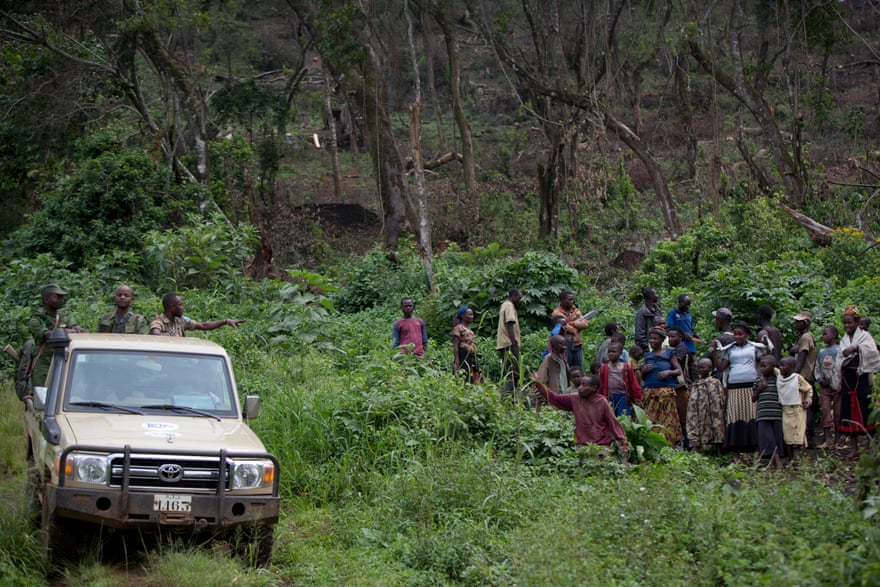 The autochthon sell the charcoal to traders, who in turn sell it at a giant markup in the nearby city of Bukavu, on the border with Rwanda, where it is used as cooking fuel. Standing in a recently felled area, Mirindi Songolo (below), a 23-year-old autochthon villager, says his people have no choice.

“We are cutting the forest because we do not [otherwise] have the means to survive,” he says. “This was our land that was taken for the park. Our forefathers were born here. Now there are so many of us [in the communities outside the park] there is no room for us. That’s why we decided to come into the park to cut trees for charcoal.”

A second man interjects: “The solution would be for the government to give us the land or money to live somewhere else, because it is too difficult for us to live the way we are now.” 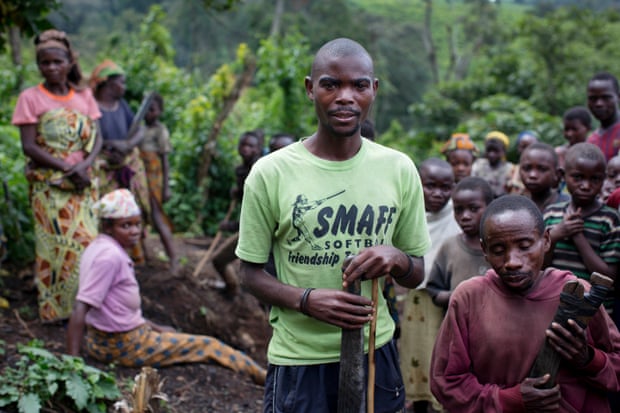 A short distance away, park official Gloria Mwenge Bitomwa reflects on the deaths since last year of four rangers. In the most recent case, in April, a tracker called Espoir Bajoda had gone to an autochthon village to buy some food while off-duty. An argument ensued and he was killed. The clashes with the autochthon have contributed to a growing crisis of morale, fuelled by the longer term problem of armed militias who operate within the park’s boundaries, and low pay. The rangers earn a basic salary of around $100 (£79) a month before additional payments – barely enough, they say, to live on.

Listed by Unesco as one of 53 world heritage sites under threat, Kahuzi-Biéga has long faced serious challenges. Spread over 600,000 hectares (1.5m acres) and dominated by its two extinct volcanoes, the park encompasses a variety of ecosystems, from lowland forests to montane highlands, forests of bamboo and even areas of sub-alpine prairie, characterised by continuous vegetation. 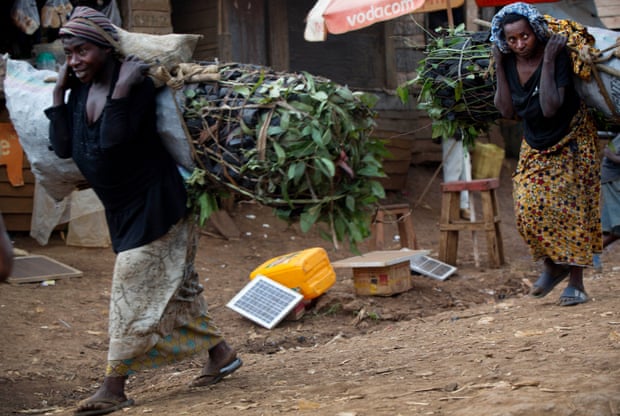 Women carry large sacks of charcoal, illegally made with trees cut from the park

Unlike the mountain gorillas found in the nearby Virunga national park as well as in Uganda and Rwanda, eastern lowland gorillas are found in only two locations, and the recent incursions into their Kahuzi-Biéga habitat have created anxiety for the primates, according to the rangers.

Songolo says his people were invited back into the park as part of an agreement with authorities, but that a dialogue about what they could and couldn’t do fell apart. The agreement refers to an attempt to introduce arrangements based on the “Whakatane Mechanism”, which was set up to ensure that conservation practices respect the rights of indigenous peoples, and takes its name from a town in New Zealand where a commission was held on the subject in 2011.

In theory the Whakatane Mechanism allows for indigenous people to return to conservation areas to practise sustainable activities like foraging, and it has been pioneered elsewhere in Africa. 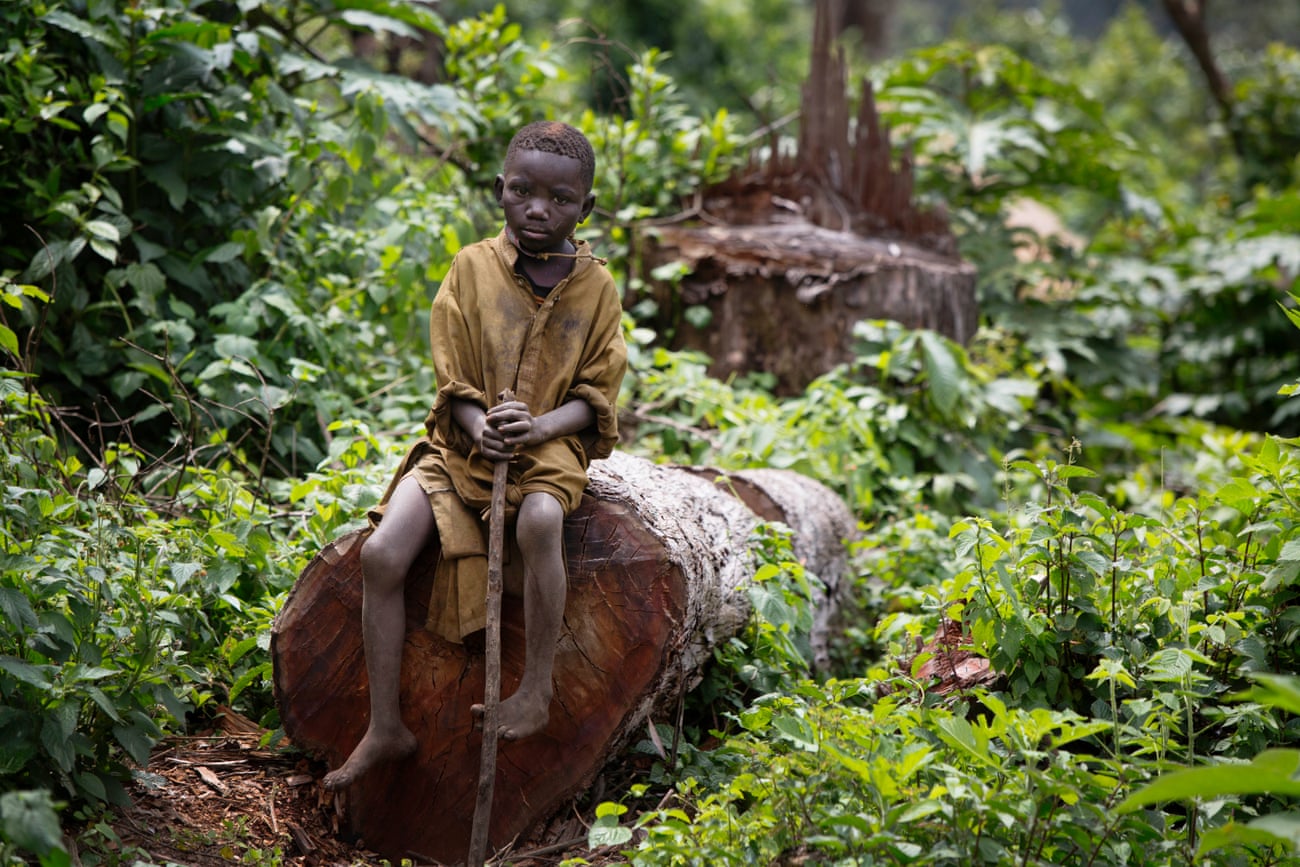 In his house in the rangers’ accommodation near the park’s main administrative office, Kasereka Kioma – nicknamed Tout Terrain – and his wife reflect on the difficulties facing the rangers, their concerns over money mirroring those of the autochthons.

“I like my job,” he says, adding that he has worked as a ranger for 24 years. “I’m passionate about protecting the gorillas but with a family I don’t earn enough to live on.”

His wife, Jeanette, adds that most months she needs to borrow money before his salary comes in to pay for schooling and essentials. She is also worried about his safety after so many violent incidents involving the rangers. 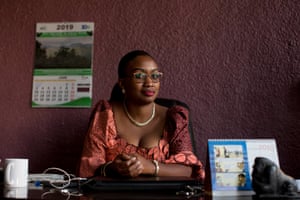 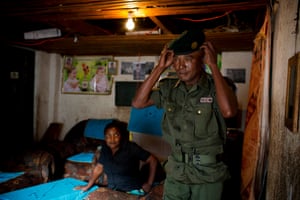 Asked about his biggest worry for the park, Tout Terrain answers: “The biggest threat is cutting the trees in the park for charcoal burning. I just pray that they don’t destroy what we have spent so long protecting. More trees are being cut down every day.”

Their 17-year-old son Johnny arrives. Asked whether he wants to follow in his father’s footsteps, he says he has no desire to become a ranger because of the pay, and would rather work in IT. 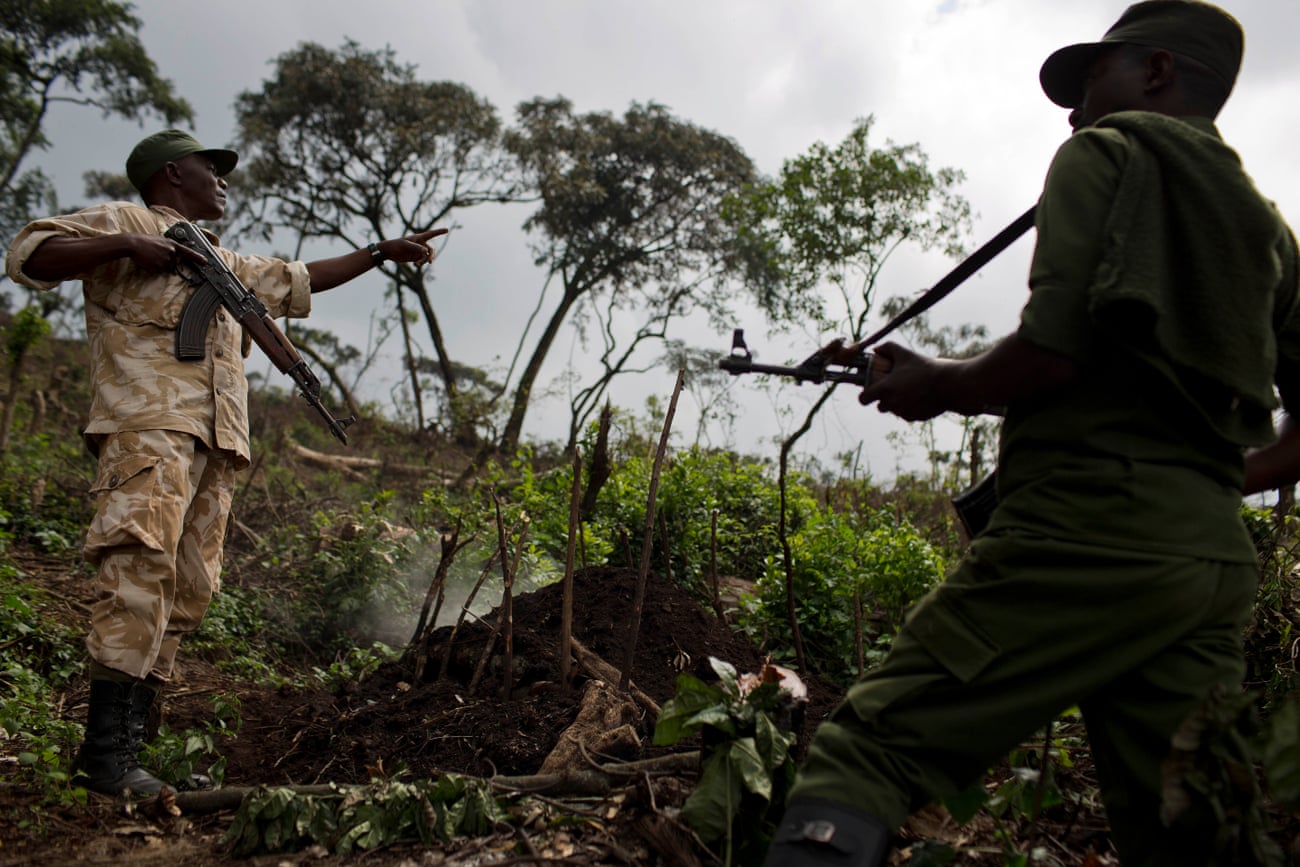 The park’s director, De-Dieu Bya’ombe Balongelwa, blames the DRC’s complex and contested politics for feeding the recent wave of destruction.

“The issue of the Pygmies returning to the park emerged as a serious issue in September during the election campaign,” he says.

“We felt that it was being pushed by some NGOs and then the issue was manipulated by some local politicians who wanted to profit from the situation. We feel they have been stoking conflict here between the Pygmies and the park.”

The final element in Kahuzi-Biéga’s perilous equation is to be found deep inside the forest. 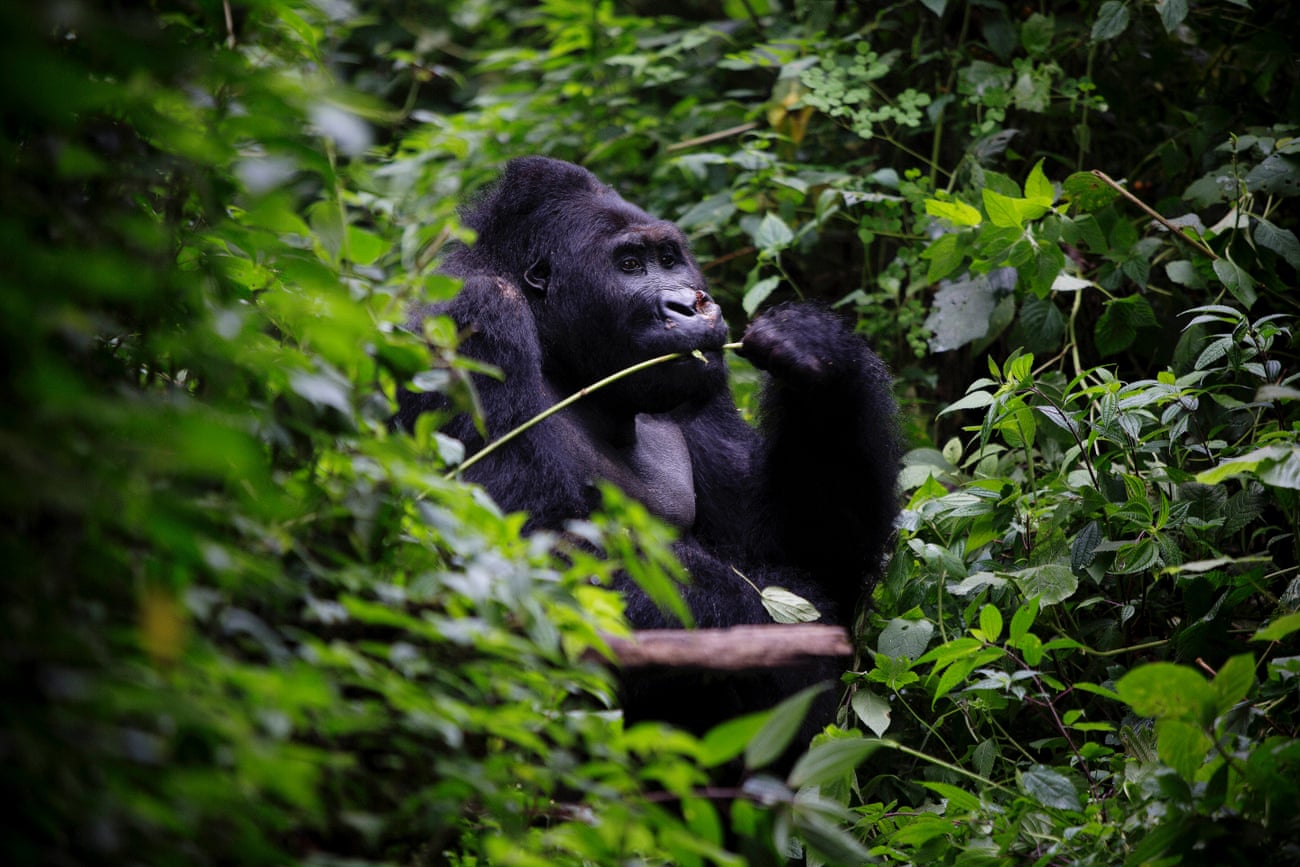 At the end of a sinuous and muddy trail, trackers lead the way to where Bonne Année (above), a male gorilla, is recovering from wounds sustained in a fight with another male. Nearby, a female suckles a baby while two infants play on a branch.

When the park was established in 1970, the gorillas’ habitat encompassed over 8,000 square miles of DRC. In the ensuing decades it has declined by half.

Nearby, a female suckles a baby, while two infants play on a branch.

“When I started it was a different time,” says Juvenal Munganka who has worked in the park for 17 years. “We worked without guns. Then after the militias came into the park we were allowed to be armed. There were various rebellions and that was a time of disturbance for the flora and fauna.”

He adds that a period of stability after 2015 saw numbers of gorillas and elephants in the lowland area increase.

“That’s been the positive side of our work. The negative side is poaching, the continued presence of militias in some places and the recent problem of Pygmies entering the park to cut the trees.”

He suggests a compromise is possible.

“They should be able to go back, but on our terms. No cutting trees. No poaching.” 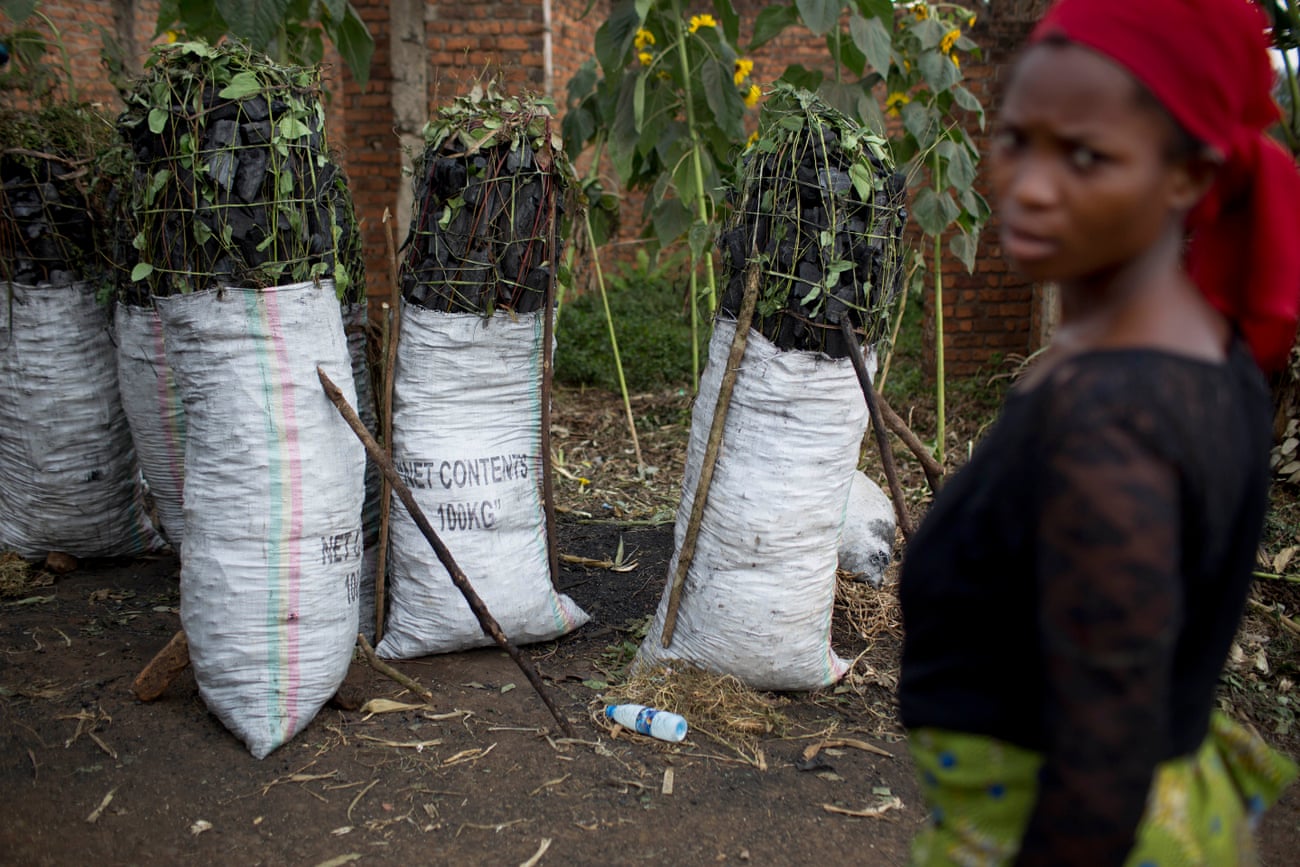