They came without warning, forcing people from their homes with no time to collect their possessions. A deaf old man was attacked when he didn’t hear the orders to leave. Then the houses were burned to the ground.

More than 200 families, all from the indigenous Ogiek minority, were evicted from their homes on the slopes of Mount Elgon in western Kenya by a force of about 50 police and Kenya Forest Service (KFS) rangers in June. “They were armed,” says Peter Kitelo, an Ogiek activist.

While some people found refuge with friends and family, or have been able to build shelters, many still have only trees for cover. “We are really cold. There is no food, there [are] no blankets, there is no shelter,” says Cosmas Murunga, 68, who fled his home with 10 family members as it was set on fire.

About 80,000 Ogiek live close to the border with Uganda and in the Mau forest, roughly 140 miles to the south-east, according to Kenya’s 2009 census (pdf). Both communities of hunter-gatherers have experienced multiple evictions since the British colonial authorities expelled them in the 1930s to make way for forest reserves and white settlers.

The Ogiek believe a huge area, stretching from the Ugandan border through a national park created in 1968, and down into farmland below the forest, is their ancestral land. They have been negotiating with the local government on an out-of-court settlement, after it recognised that land turned into the Cheptikale game reserve in 2000 should be community-owned. Since those discussions began in 2012 the Ogiek have been allowed to live undisturbed on the land.

But the boundary between the 17,000-hectare (42,000-acre) reserve and KFS-controlled land has never been made fully clear, says Justin Kenrick of the Forest Peoples Programme, an NGO that has been working with the Ogiek.

Kenya’s 2010 constitution protects indigenous rights to land, but the community land bill that is meant to put these into law is yet to be passed by parliament.

“[Ogiek] rights have been brutalised,” says Esther Mwangi, a scientist at the Centre for International Forestry Research. “A lot of this happens because of the lack of political power and influence.”

Things had been looking up for the Ogiek of Mount Elgon. They have written bylaws to ensure protection of the forest – which have been shared with government agencies, as part of their fight to convince the authorities that they had coexisted with the forest and its wildlife for centuries. They were also working with the KFS and Kenya Wildlife Service to hand over poachers and illegal charcoal burners. Five Ogiek scouts were being trained by the government to carry out arrests.

But a great deal of destruction is evident in the forest reserve that borders Mount Elgon national park. Entire hillsides have been stripped of trees to make way for maize farming.

While some of the deforestation is due to charcoal burning, much of it has been KFS-sanctioned. The agency is allowed to rent some forest land to farmers under the plantation establishment and livelihood improvement scheme (pdf). But this is only meant to take place in areas where tree seedlings are being regrown (pdf). Kitelo claims trees are not being replanted and that farming is covering about 30,000 hectares, three times the area it is supposed to cover. Meanwhile, the KFS maintains that conservation requires the forest to be uninhabited.

“There was no one living there,” says Alex Lemarkoko, the KFS’s head of enforcement, who claims that in June his team were only “clearing” the area of livestock herders. “In terms of evictions – no we have not done evictions.”

Lemarkoko also denied the existence of villages on the moors above the forest. “It is too high, people cannot live there – they don’t live there,” he says. “Hunting and gathering is a primitive practice, it doesn’t happen in Kenya.”

The KFS believes people and wildlife must be kept separate. But, as Kenrick points out, numerous studies have shown that indigenous groups are often the most effective guardians of forests. “The colonial approach to conservation has involved evicting the very communities who have sustained their lands for centuries or millennia, leaving their forests at the mercy of those whose only interest is in exploiting them,” he says.

This “colonial approach” is followed across Kenya. As well as the Mount Elgon evictions, in March Ogiek homes and stores in the Mau forest were destroyed by a gang organised by a local politician and supported by police. In the Cherangany hills, the Sengwer people have experienced repeated evictions since 2009. The KFS says the community has been resettled; activists say the terms attached to compensation payments, many of which were taken by men who left their families behind to move to towns, were not made clear.

At least one constitutional ruling has been ignored: a high court judgment in March 2014 said the evictions of Ogiek Mau violated their right to life, and that a healthy forest was necessary for them to “sustain their ways of life as well as their cultural and ethnic identity”. The ruling also ordered negotiations over land ownership in the Mau forest to take place under the aegis of the National Land Commission, a body established under the 2010 constitution. But so far no discussions have taken place.

International donors continue to fund the KFS. The Finnish government, which gave €18.6m (£14.2m) to a forest reform programme that ran from 2009 to 2015, and is planning a new donation as part of its “human rights-based approach”, declined to comment for this article. The EU is due to give the KFS €5m as part of a €31m, six-year programme to conserve the Mount Elgon and Cherangany hills water towers.

Meanwhile, Murunga and his family are still out in the cold. “We are at the mercy of God,” he says. 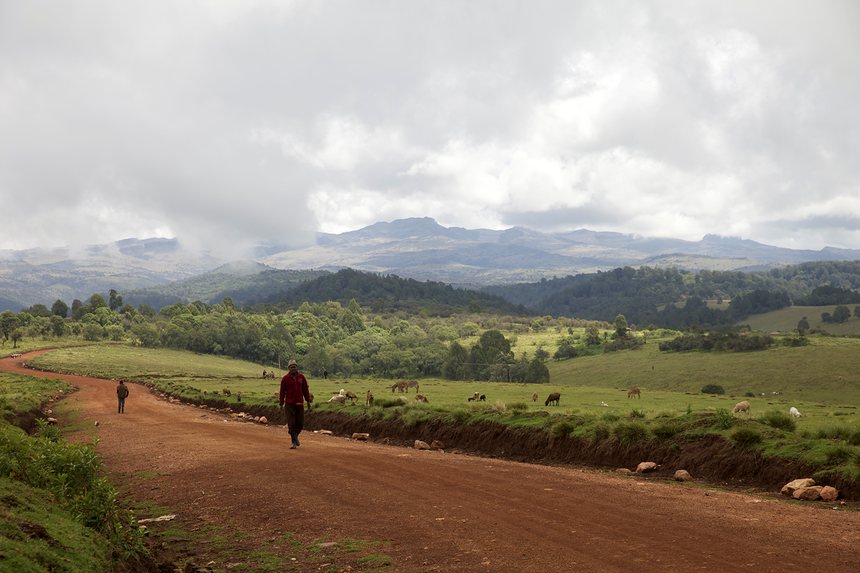