The Indonesian government has acquiesced to the reality that local and indigenous communities already manage land within conservation areas, saying it will begin formalizing this de facto stewardship this year.

Some 5,860 villages are peppered throughout conservation areas covering a combined 221,000 square kilometers (85,330 square miles) of land, according to data from the Ministry of Environment and Forestry. National parks account for three-fifths of that land, and though these are ostensibly off-limits to human activity, the reality is that many communities have long existed in these areas, subsisting off the forest and its natural resources.

“These are people who have been interacting with national parks and sanctuaries for a long time,” Wiratno, the ministry’s head of conservation, told reporters in Jakarta. “And they’ve been neglected [by the government], without any legal certainty” over access to or management of the land.

One prominent case centers on Sumatra’s Bukit Barisan Selatan National Park, one of the last bastions on Earth of the critically endangered Sumatran rhino, tiger and elephant. Human encroachment into the park — in the form of coffee farmers and loggers, among others — has prompted alarm among conservationists. A 2012 study found there were at least 100,000 people either living in or farming within the park, with around 15 percent of the park’s 3,568 square kilometers (1,377 square miles) under active encroachment — an area more than five times the size of Paris. 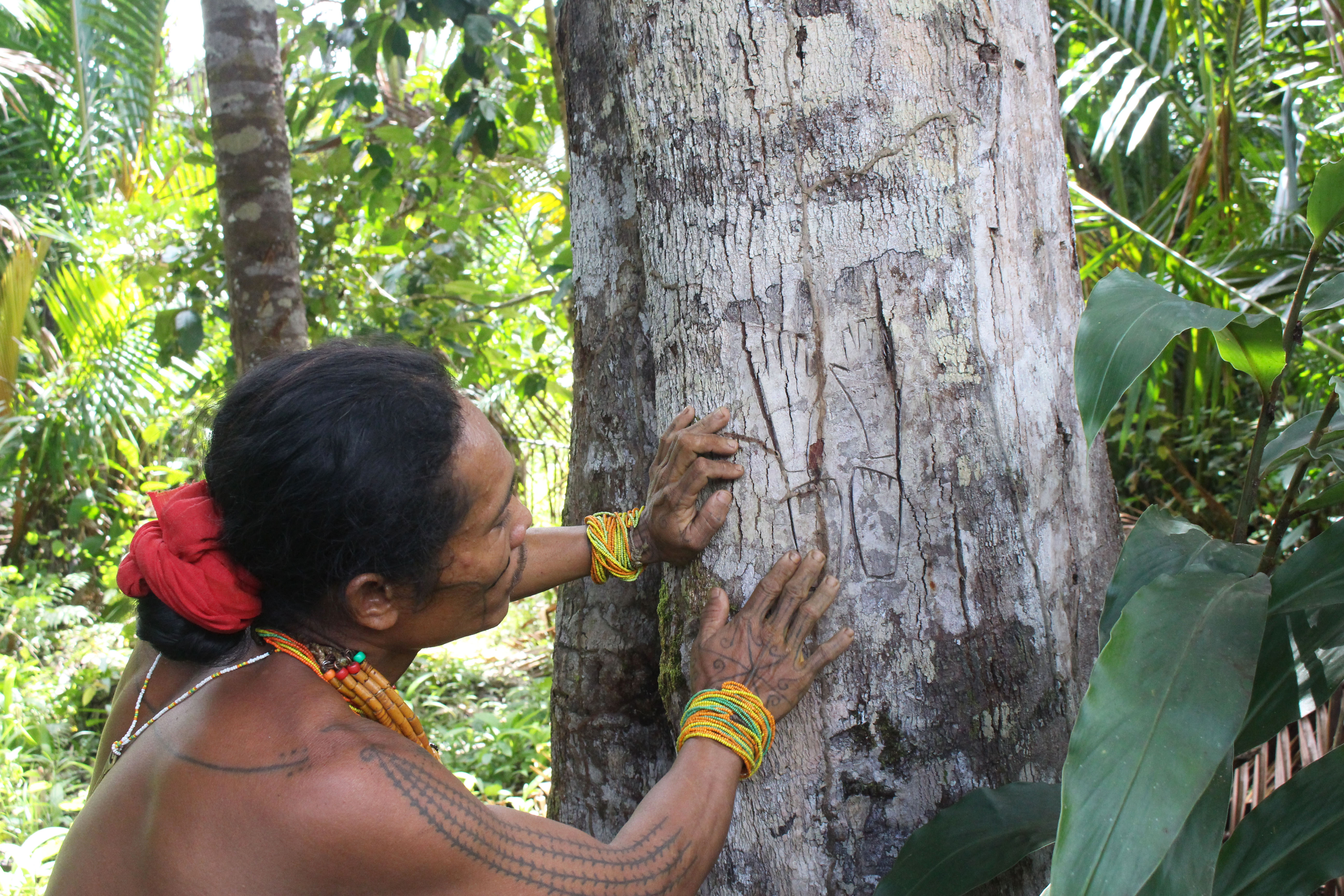 Indigenous Indonesians of Mentawai district depend their lives on the resourceful forests. Photo by Vinolia Ahmad/Mongabay-Indonesia.

To address the reality of this encroachment, the environment ministry plans to grant rights to local communities to manage 250 square kilometers (97 square miles) of conservation areas this year, with more to be distributed in the following years.

Wiratno’s office is drafting technical guidelines on how to implement this so-called conservation partnership program, which forms part of the government’s wider goal of distributing 120,000 square kilometers (46,330 square miles) of land to local communities under various “social forestry” schemes.

“Once the technical guidelines are done, this program will be implemented right away,” Wiratno said. He added there were already many recommendations from regional stakeholders on areas that could benefit from the program.

The core of the idea is that instead of resettling local communities from national parks to other places or prosecuting them for encroachment, it would be better for the government to legally recognize these communities’ presence in conservation areas and cooperate with them to manage the areas responsibly.

Through the scheme, the government will define areas within the conservation zones where communities can continue farming; no farming will be allowed beyond these areas, to prevent further encroachment. The communities will also be responsible for the protection and sustainable management of their designated areas.

“They will protect wildlife and also handle conflicts with the wildlife,” Wiratno said. “Local communities will be involved in the planning [of conservation area management] right from the start. In the past, they’ve been perceived as squatters, but now we’re making them the main puzzle piece to solve the problems.”

The government will also gather data from these communities to determine whether they are genuine small farmers in need of land, or middlemen fronting for big businesses.

“If a local community has 100 hectares of oil palm plantations, then this is not a community that’s deprived,” Wiratno said.

“We’re in the process of identifying [conservation partnership sites] in all conservation areas,” Wiratno said. “We have to be really careful [in implementing this program]. Our weakness is usually in the monitoring and evaluation of the program. If the partnership doesn’t succeed, we may have to scrap it.”

These areas will have a special designation that will allow them to be fast-tracked to “customary forests,” or hutan adat in Indonesian. Under a landmark 2013 decision by Indonesia’s highest court, indigenous communities retain full control of customary forests from the state. 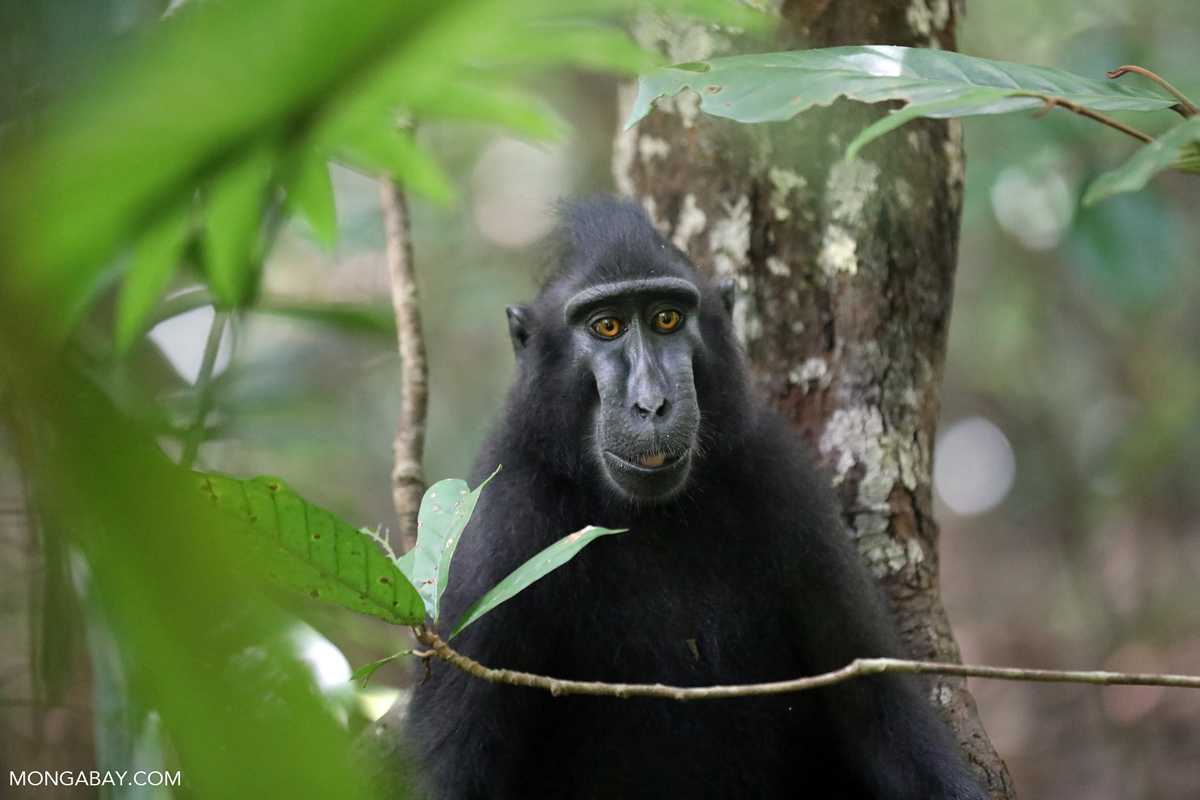 The country’s main environmental lobby, the Indonesian Forum for the Environment (WALHI), has welcomed the program.

“It’s quite good as long as it gives legal certainty to the people,” WALHI policy assessment manager Even Sembiring told reporters in Jakarta. He added that a draft of the program’s guidelines “also accommodates indigenous groups.”

However, Even cautioned that the program could be hindered by a regulation issued by President Joko “Jokowi” Widodo in September 2017, which emphasizes enforcement measures —resettlements and prosecutions — for dealing with land conflicts in forest zones.

“Resettlement is just a euphemism for eviction,” Even said. “How can we resettle indigenous peoples who have historical and emotional ties to their nature?”

The Indonesian Communication Forum on Community Forestry (FKKM), a group of indigenous rights advocates, said that while the program granted a sort of recognition for indigenous groups, the government still needed to do more to legally recognize indigenous peoples.

Muhammad Arman, the head of AMAN’s legal and advocacy division, said as many as a million indigenous people in conservation areas were at risk of resettlement under the 2017 regulation.

“Moving a person from one place to another doesn’t just impact their livelihood,” he told reporters in Jakarta. “There’s also the effacement of their identity, because for indigenous people, their places are their identity.”