The Maasai Land that was to Run Forever

Based on field research, never publicly-seen-before documents, and an in-depth investigation into Tanzania’s land laws. This report is the first to reveal the complicity between Tanzanian government officials and foreign companies as they use conservation laws to dispossess the Maasai, driving them into smaller and smaller areas and creating a stifling map of confinement.

The report specifically exposes the devastating impact of two foreign companies on the lives and livelihoods of the Maasai villagers in the Loliondo area of the Ngorongoro District—Tanzania Conservation Ltd (TCL), a safari business operated by the owners of Boston-based high-end safari outfitter Thomson Safaris; and the United Arab Emirates (UAE)-based Ortello Business Corporation (OBC), which runs hunting excursions for the country’s royal family and their guests.

According to local villagers, TCL has made their lives impossible by denying them access to water and land and cooperating with local police who have beaten and arrested the Maasai. Meanwhile, for 25 years, the OBC had an exclusive hunting license, during which time there were several violent evictions of the Maasai, many homes were burnt, and thousands of rare animals were killed. Although Tanzania’s Ministry of Natural Resources cancelled OBC’s license last year, the OBC remains active in the area, while the local villagers live in fear.

Losing the Serengeti: The Maasai Land that was to Run Forever
Download PDF (size: 0.86 MB) 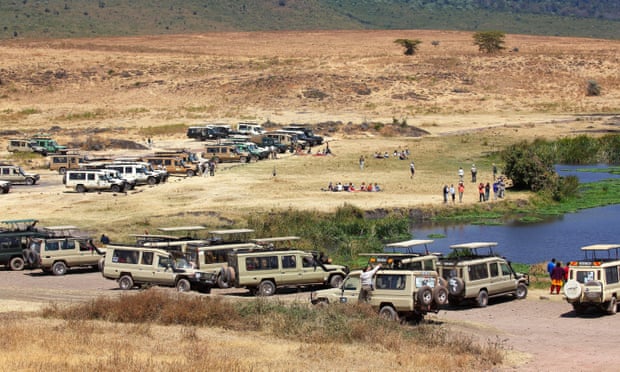 The Tanzanian government is putting foreign safari companies ahead of Maasai herding communities as environmental tensions grow on the fringes of the Serengeti national park, according to a new investigation.

Hundreds of homes have been burned and tens of thousands of people driven from ancestral land in Loliondo in the Ngorongoro district in recent years to benefit high-end tourists and a Middle Eastern royal family, says the report by the California-based thinktank the Oakland Institute.

Although carried out in the name of conservation, these measures enable wealthy foreigners to watch or hunt lions, zebra, wildebeest, giraffes and other wildlife, while the authorities exclude local people and their cattle from watering holes and arable land, the institute says.

The report, released on Thursday highlights the famine and fear caused by biodiversity loss, climate change, inequality and discrimination towards indigenous groups.

Losing the Serengeti: The Maasai Land that was to Run Forever uses previously unpublished correspondence, official documents, court testimonies and first-person testimony to examine the impact of two firms: Thomson Safaris based in the United States, and Otterlo Business Corporation based in the United Arab Emirates.

It says Thomson’s sister company, Tanzania Conservation Limited, is in a court battle with three Maasai villages over the ownership of 12,617 acres (5,106 hectares) of land in Loliondo which the company uses for safaris.

One Maasai quoted in the report said Thomson had built a camp in the middle of their village, blocking access. “Imagine, a stranger comes and constructs a big building in the centre of your home,” reads the testimony. “Our livestock cannot go to the waterhole – there is no other route for the villagers or their livestock.”

The report says villagers have been driven off, assaulted or arrested by local police, park rangers or security guards.

The restricted access to land has made the Maasai more vulnerable to famine during drought years, the report says, noting appeals that locals have made for the government to change policies because of growing numbers of malnourished children.

A Maasai villager contacted by the Guardian said access remained blocked and that uniformed agents had beaten, threatened or tied-up and driven off pastoralists, as recently as December.

Thomson strongly denies these accusations. It says Tanzania Conservation Limited employs 100% Maasai staff, allows cattle on the property to access seasonal water, and works with local communities and the government to conserve the savannah, improve access to water and formulate a sustainable grazing policy.

The company blames past conflicts on NGO activists who they say stirred up villagers and led to staff being assaulted by young warriors armed with clubs, spears, knives and poison arrows.

“These interventions have been played out to attract attention, provide stories, and to disrupt the working relationship between company and communities on the ground,” Rick Thomson, a director of Tanzania Conservation, wrote in an email to the Guardian. “In these events the endangered staff have a protocol of disengaging any way they can to avoid escalation, and reporting to the authorities any situation where any people and property, are physically threatened. These situations have been rare and no such events have occurred for the last four years.”

He said the company was not connected to government evictions of illegal residents in the national park, which is reserved for wildlife.

The report also claims Maasai have been driven off land as a result of government ties with Otterlo Business Corporation, which organises hunting trips for the royal family of the United Arab Emirates and their guests who fly into a custom-built landing strip in Loliondo.

Since Otterlo was first granted 400,000 hectares of land for hunting, the government has mounted successive eviction operations.

The company has warned the area needs greater ecological protection because herds are increasing while water sources are drying up due to climate change.

Despite past government promises that the Maasai would never be evicted from their land, the report notes Serengeti national park rangers burned 114 bomas (traditional homes) in 2015 and another 185 in August of last year. Along with other demolitions, local media report more than 20,000 Maasai were left homeless.

Maasai protests, an international outcry and domestic allegations of corruption have forced a reconsideration of this policy. In November 2017, the tourism minister revoked the hunting licence of Otterlo, suspended the state director of wildlife, and ordered investigations into the links between foreign firms and former officials.

But the authorities appear divided. Locals told the Guardian this week that Otterlo continues to operate safari tours in Loliondo to the detriment of villagers. 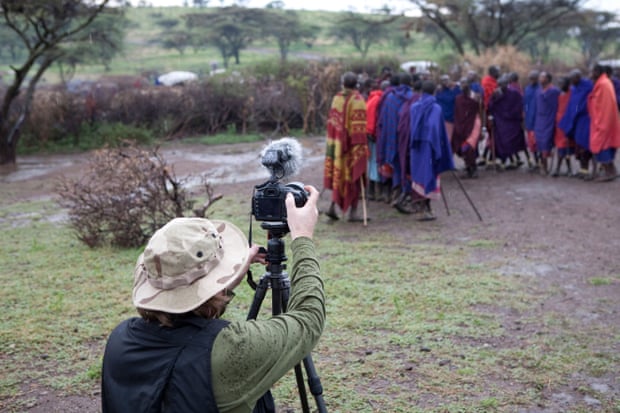 Lawyers representing the Maasai communities in a court claim over the land said the policies of the government were tilted towards foreign tour companies.

“The evictions are not justified because more and more land is being taken away from the villages without due process or compensation even though they have legal titles,” said lawyer Rashid S Rashid. “The policies of the government are based mainly on the arguments advanced by Thomson and Otterlo because they have more political influence than the villagers.”

The report’s authors say the problem dates back to the era of British rule. From then onwards, Maasai have been steadily dispossessed of land on the Serengeti. They urge the government to take urgent action to alleviate the risk of famine, establish a new model of land titling and an independent inquiry into disputes over ownership.

“Without access to grazing lands and watering holes, and without the ability to grow food for their communities, the Maasai are at risk of a new 21st-century period of emutai (eradication),” said Anuradha Mittal, the director of the Oakland Institute. “But it does not have to be this way. Unlike the emutai of the 19th century, the hardships and abuses currently faced by the Maasai can be halted.”