A new study by WCS (Wildlife Conservation Society) in Central America has found that cattle ranching and other anthropogenic activities represent a major threat to the region's remaining rainforests.

Central America's largest remaining forests are disappearing at a precipitous rate due to illegal cattle ranching, oil palm plantations, and other human-related activities, all of which are putting local communities and the region's wildlife species at high risk.

A new comprehensive study by WCS (Wildlife Conservation Society) titled the "Human Footprint and Cow's Hoofprint Analysis" was presented this month for validation and analysis by indigenous groups, protected area agencies, and civil society organizations from nine countries. This spurred the development of a joint commitment known as "The Petén Declaration." Signed by 25 of the attending organizations, the declaration recognizes the causes of forest loss and commits to concrete actions to address them.

One of the most alarming discoveries made by the study's research team is that the three largest remaining forest blocks in Central America have been reduced in size by more than 23 percent in the past 15 years. The study was conducted by WCS in partnership with the U.S. Fish and Wildlife Service and the Organization of American States to understand and protect Mesoamerica's last great forests. Data for the analysis was collected using satellite imagery, census data on people and cattle/agriculture, publications, interviews, and via a megaflyover expedition: an ambitious plane-based survey across the region's largest forests.

"The disappearance of huge swaths of forests over such a short time period has grave implications for the indigenous peoples in the region and the natural resources on which they depend," said Victor Hugo Ramos, Monitoring and Evaluation Specialist for the WCS Mesoamerica program. 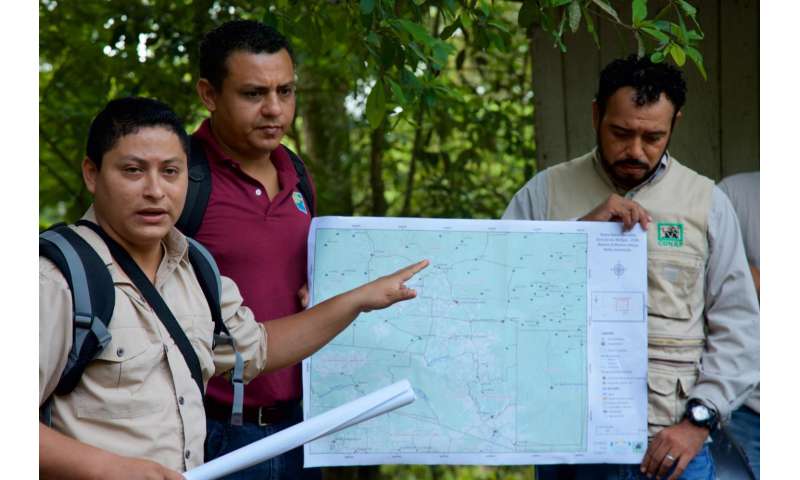 The rate of deforestation in Central America also threatens the survival of iconic species including jaguars, tapirs, and scarlet macaws. The white-lipped peccary, an important keystone species for the forests of Central America, is so threatened it may soon become extinct in the region. Traveling in large herds in search of fruit and other food in large forest tracts, white-lipped peccaries serve as both an indicator of forest health and connectivity and a crucial prey species for jaguars. The white-lipped peccary has been extirpated from 87 percent of its historical range in Mesoamerica, and is now only found in a few of the region's largest remaining forests.

Large-scale illegal cattle ranching, much of it taking place within protected areas and indigenous territories, has been determined to be the principal cause of deforestation. This illegal activity is sometimes connected to drug trafficking and money laundering.

"We, the indigenous people, are the guardians of the Mesoamerican biospheres who have cared for and protected them for thousands of years," said Taymond Robins of the Nacion Mayangna, an indigenous nation managing 1 million hectares in Nicaragua. "We will continue to fight against the injustice of invasion of indigenous lands and territories by colonists, who are decimating natural resources for cattle ranching, timber extraction, and exploration and exploitation of resources for companies and projects that greatly affect the life cycle of biodiversity in Mesoamerica."

The expansion of oil palm plantations has also contributed to deforestation in the region by displacing people and cattle into protected areas. The areas under the greatest threat include the Moskitia region within Honduras and Nicaragua and the Maya Forest landscape in Guatemala, Mexico, and Belize. 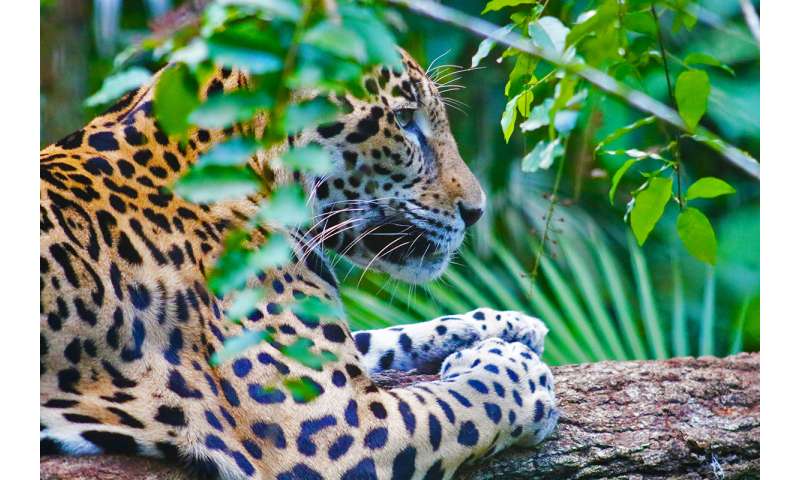 Deforestation throughout Central America's remaining forests is threatening the survival of the jaguar and other iconic wildlife species. Credit: Levi Novey/USFWS.

"Considering the threats in our territory, we face great challenges in the governance and protection of natural resources," said Angel Matute, deputy director of the Honduran park service, ICF (Instituto Nacional de Conservaciòn y Desarrollo Forestal, Areas Protegidas y Vida Silvestre). "ICF is committed to working hand in hand with indigenous peoples in recognition of their ancestral rights for the management and conservation of the Honduran Moskitia."

The Petén Declaration includes a commitment to five concrete actions to recover the region's forests: 1) supporting local forests and indigenous communities to obtain land management 2) strengthening the conservation of protected areas 3) supporting the prosecution of environmental crimes 4) focusing on illegal livestock as the main driver of deforestation and 5) protecting environmental champions who risk their lives to protect Mesoamerica's largest forests.

"Indigenous leaders, community land managers, and park rangers are putting their lives on the line every day to protect Mesoamerica's forests and the services they provide for all of humanity," said Dr. Jeremy Radachowsky, WCS Regional Director for Mesoamerica and Western Caribbean. "This declaration represents a plea for help. We owe it to them to take this declaration seriously, and seek the financial, political, and technical support necessary to implement these five actions"

"Although Central America's forests and wildlife are under severe threat, we remain hopeful they can be conserved to ensure the survival of wildlife and to provide sustainable livelihoods for people living in these areas," said Ani Cuevas, Central America Program Officer for the U.S. Fish and Wildlife Service. "It's essential that conservation solutions are chosen and implemented by Central American leaders, and we look forward to continuing to support these important endeavors."