More from 'A View from the Termite Mound'

The bizarre case of mistaken identity and illegal arrests; Thomson Safaris back to violence (if they ever stopped), using soldiers; Reported arrests of OBC rangers, but details are scarce and confused; Attack by soldiers at orpul in Ololosokwan; The government’s affidavits.... Now Summary of osero and OBC developments of the past decades 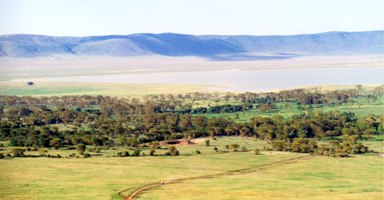 Reported arrests of OBC rangers, but details are scarce and confused…

On 12th August, in a press statement by Tanzania Human Rights Defenders Coalition, read by Onesmo Olengurumwa, about increased arrests of journalists and harassment of human rights defenders in Tanzania, there was also some words about positive police work. Surprisingly, the positive story was from Loliondo where the police would have arrested and was investigating some OBC staff that had physically assaulted and humiliated people for no reason. This is sensational and unprecedented news indeed, which was also stressed in the press release, since the police has always been totally at the service of the investors, as I could experience myself when kidnapped (the correct word as I wasn’t allowed to contact anyone) for two nights at Loliondo police station (and one more in Arusha) in 2015, and as so many people, victims of much worse crimes, and longer illegal arrests, committed by the police can tell – but it’s been very difficult to obtain the exact details and the only additional information from THRDC was that it happened in mid-July, and that village leaders – from whom the information seems to have come - know everything. All village leaders have been effectively silenced though, and so has basically everyone else. People are more terrified than ever.