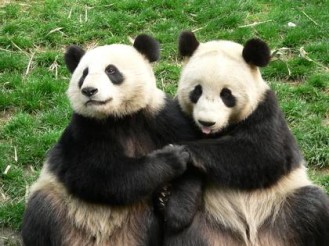 As the manager of a charitable fund, people often comment that it must be a little like playing God. Certainly I've had responses from unsuccessful applicants telling me that my decision will result in children starving, which is not the kind of message anyone wants to see in their inbox. But how do you choose which projects to fund and who to help?

At some point you have to accept you can't do it all and try not to feel guilty. For many large NGOs they'll take your decision on the chin and move on to the next application. On the other hand, there are small grassroots organisations with very few options for funding and even though they often only need a small amount it can seem impossible to find. By supporting these smaller groups your donation can have a much greater and more direct impact.

There are other more important reasons for supporting grassroots groups over the large national or international NGOs. People are often surprised when I tell them that not every charity out there has the purest intentions. Surely if an organisation is registered as a charity and the mission statement, littered with all the right buzzwords, shows they aim to do nothing but good the only thing left to do is give them some of your hard earned cash?

Sadly there are a number of organisations that have been co-opted by the corporate world. In exchange for hefty donations they help the company achieve their aims, perhaps through greenwashing or even by helping to coerce a community to allow the company to mine their mountain or cut down their forest in exchange for funding for infrastructure (which seldom ever appears).

Of all the organisations in the non-profit world the ones which seem to attract the most criticism are the mega conservation groups; WWF, Conservation International, African Wildlife Foundation, The Nature Conservancy and Wildlife Conservation Society. Close ties with corporate donors question their true motives, and let us not forget WWF's role in rebranding the Tories as the eco-friendly, caring party, a move they now seem to regret but you have to wonder if they ever really believed Cameron's rhetoric.

These groups have become extraordinarily successful at raising funds by highlighting the plight of the iconic species we all know and love, the elephants, tigers, pandas and rhinos of the world. A common strategy, along with investing millions in captive breeding in zoos, is to buy up land and turn it in to nature reserves. The problem is that often there are people living on the land and once it becomes a nature reserve, they are often forcibly evicted.

Survival International recently reported that Kenya's Samburu people were subjected to "a series of brutal evictions... burning their villages, killing and stealing their animals and assaulting men, women and children" when their land was taken for a nature reserve. The reserve was bought via funds raised by The Nature Conservancy and African Wildlife Foundation. I've lost track of how many applications I've received from across Africa telling similar stories. Indigenous people violently evicted and left nowhere to go, destitute and unable to access the land that once provided their home, livelihood and source of food.

An application came in recently for a project in Nepal. It was from another conservation organisation, only much smaller than those previously mentioned, again centred around buying up land to create reserves. They're working in the region of Koshi Tappu Wildlife Reserve, another reserve with high levels of conflict with local people as they're denied access to the land, their properties damaged and women assaulted. It's frighteningly widespread (visit www.facebook.com/justconservation for more examples) with very little public awareness despite the fact that we're the ones funding it through our good intentioned donations.

Despite the millions donated to multi-national conservation NGOs, they continue to fail to even save those species that undoubtedly pull in most of their funds. Not even the panda, which WWF has used as it's logo since it formed in 1961, appears to be any more stable in the wild than it was millions of pounds previously. Perhaps if more resources were put in to protecting their habitats from rampant development rather than breeding animals in cages and using them for political game playing they'd be in a better position. I wonder if the likes of WWF have a plan B for their fundraising strategy once the panda and others have gone, I'm hoping not.

What I find most difficult when assessing applications is trying to determine the reality on the ground, when they say that local people are meaningfully involved in devising and implementing projects do they really mean that or are they just telling you what you want to hear? In the end I've decided that if there's any doubt at all, don't do it. Whilst some might say it's overly cautious I wouldn't touch an organisation that gives Conservation International as their referee or lists corporations as major funders, it's just not worth taking the risk. Playing God in choosing who you help and who you don't is one thing, giving funds to an organisation that might enable them to abuse others is quite another.

Conservation groups can also be very short-sighted. Another application this week stated the reasons for the decline in a species of bird found in Israel, Iraq, Sudan and Eritrea were poorly understood. They wanted to undertake surveys to figure it all out; perhaps they just need to watch the news. Reading the application I couldn't help imagining the scene - a field worker running around with a pair of binoculars scratching his head while people around him wait for aid to arrive as they struggle to cope with drought, poverty and armed conflict.

Of course ecosystems are complex and unpredictable and studies can reveal unexpected factors which might be more easily tweaked than war and climatic breakdown but it's unlikely that the obvious problems aren't also crucial factors.

Undoubtedly projects such as providing nest boxes for birds who've lost much of their natural nesting sites, replacing traditional sea moorings to those which do not damage the Seahorse's eel grass home and encouraging fishermen not to use gillnets which can result in the death of penguins, turtles and other marine life, are helpful and we must do them.

But it all feels a little like treating a cold whilst ignoring the patient has cancer. We need to put more resources in to supporting groups that are dealing with the cause of these more significant and far reaching issues, this also has the bonus of benefiting more than just one favoured species. You want to help wildlife? Stop war, stop climate change, stop the destruction of wild habitats by supporting the indigenous people who live there and most importantly, stop wasting time.