Evicted from forests to help save gorillas

Evicted from their ancestral forest homes three decades ago in a move to conserve wildlife, many of Uganda's Batwa people struggle for a more dignified way of life.

On a hike into the Bwindi Impenetrable Forest National Park, the songs the Batwa sing are supposed to be celebratory, but they sound mournful.

They are in praise of a good honey harvest, but there is no harvest as the Batwa are no longer allowed to gather honey, or anything else, from the forest.

Instead, these indigenous people take groups of paying tourists into their ancestral areas and in a choreographed performance act out how they once lived.

A rhythm is played on the metal keys of a thumb piano, known as a "ichyembe", as we reach a collection of huts 30 minutes into the forest.

"This would have been a shrine, where we would communicate with our great grandfathers," explains the group's leader, Eric Tumuhairwe, pointing to a place behind the huts.

"When men wanted to go hunting, they would take meat or honey as offerings. They would hunt bush-pig and several types of antelope. The wives celebrated the bountiful hunt, cooked and danced. But we don't get these types of food any more."

Mr Tumuhairwe, who is about 50, is old enough to remember life before his people were evicted.

For centuries they lived off the forests of the mountainous regions on the borders of Uganda, Rwanda and the Democratic Republic of Congo as hunter-gatherers.

But in the 1990s, the Ugandan Batwa were evicted from the Bwindi, Mgahinga and Echuya forests in the south-west of the country as the areas became wildlife parks, primarily for the protection of rare mountain gorillas.

Mr Tumuhairwe tells us about Batwa traditions, including courtship at what used to be a square where young men and women used to socialise.

"A young man intending to marry would have to trap intenzi (a flying squirrel).

"It is fast on its feet, so he would time it for when it was asleep in a tree hollow. He would catch it as it awoke and tried to flee. He had to bring it alive, otherwise there was no wife for him," he laughingly reminisces.

We climb further up the mist-covered forested hills, to a cave where the community used to congregate for worship.

"I want to go back to the way we lived… Everything we needed, the forest provided: meat, fruit, and medicines," says Mr Tumuhairwe. 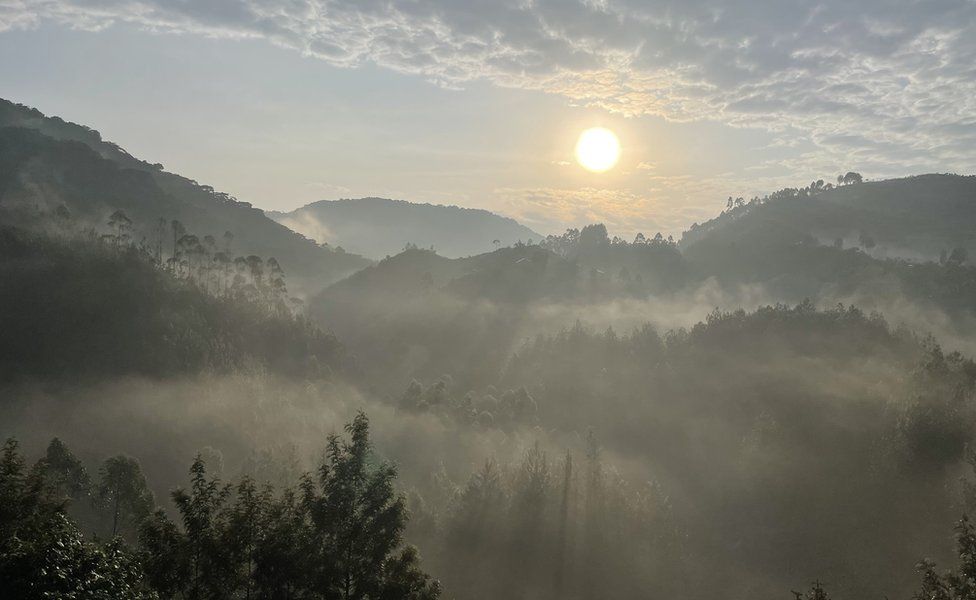 After their eviction, some Batwa families were given farmland by the government. But as they did not know how to farm, the land was sold off and many were scattered across the region, surviving on charity from neighbours and non-profit organisations.

"Some neighbours despised us, calling us bush people," remembers Aida Kehuuzo, who is about 80 years old and the only woman in the group of trekkers.

Numbering less than 7,000 in Uganda, many Batwa have moved to urban areas, like Kisoro, which is near the forests. 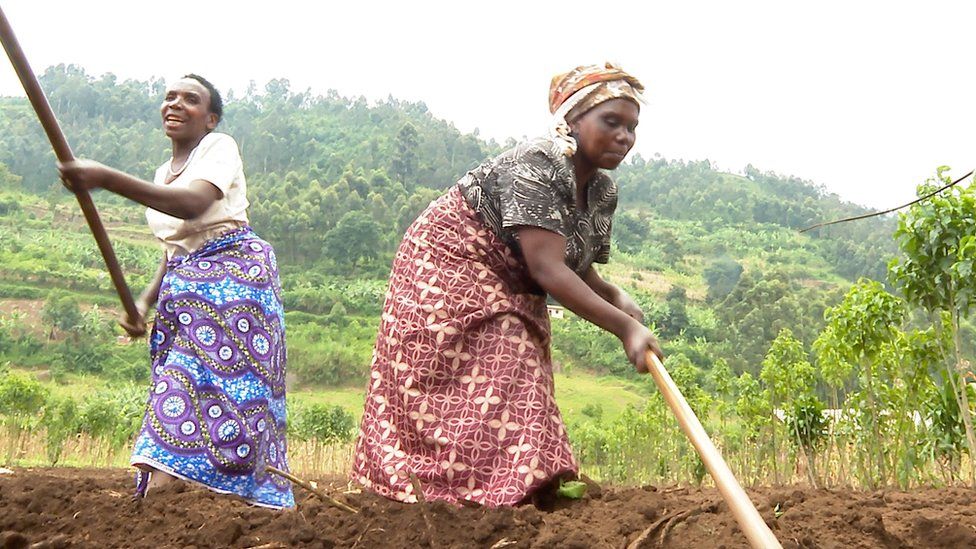 On the edge of the town families squat on public land, in homes built from cardboard and tarpaulin. The community exists on the fringes.

Attempts to do interviews with them proved futile, as many feel exploited by politicians and organisations and they are hostile to outsiders.

"You come here to take pictures and sell them. What do we get in return? I won't talk to you if you don't pay me," shouts one woman.

In 2011, a group of Batwa with support from non-governmental organisations (NGOs), took the Ugandan government to court over the evictions - and late last year, the constitutional court ruled in their favour.

It said the community had been treated inhumanly and ordered "fair and just compensation" be paid within 12 months, but the government intends to appeal.

Some Batwa, like Allen Musabyi, have adapted and taken up farming.

But the land she and a few others are preparing for a potato crop is rented - paid for the charity the United Organisation for Batwa Development in Uganda (UOBDU).

"If you don't have land, you cannot progress, you can't send your children to school, you cannot eat.

"But if I were given the opportunity to return to the forest, I would run all the way there," she admits.

Alice Nyamihanda, who works for UOBDU and is one of the few Batwa university graduates, says the community needs to fight for equality.

"I want my fellow Batwa to be like other people," she says - not scrapping for leftover food from dustbins as is often the case in Kisoro.

"The animals are being treated better than the Batwa, because when tourists come, they pay some money, then the government uses that money, and the Batwa are suffering." 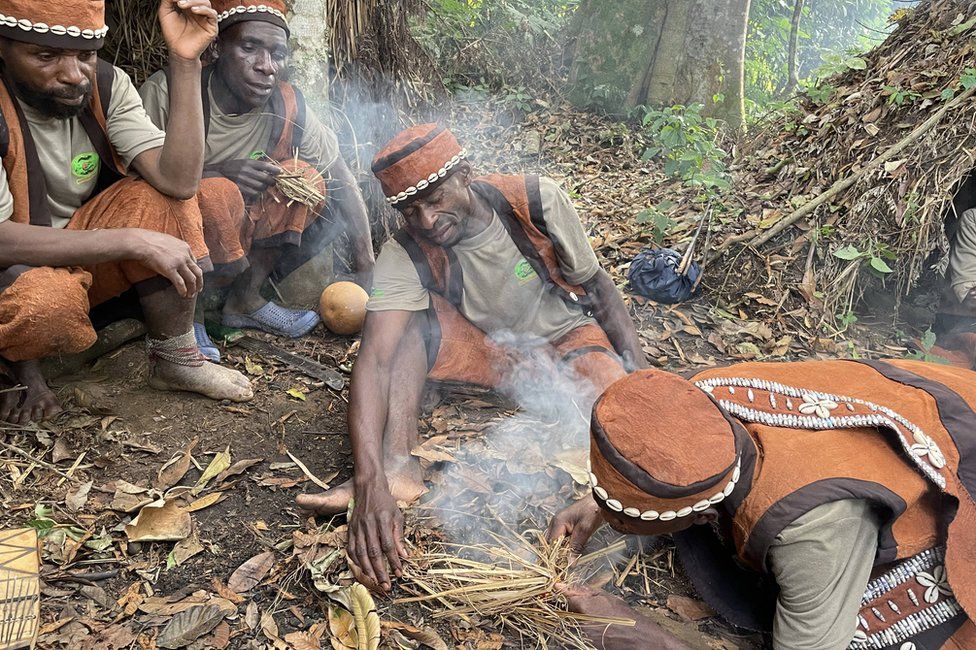 The animals she speaks of are mountain gorillas. The government charges up to $700 (£530) to go gorilla tracking.

Conservation efforts have seen Uganda's mountain gorilla population rise to 459, and more than 1,000 globally, meaning they are no longer listed as critically endangered.

But Ms Nyamihanda wonders whether there could be a more sustainable way to protect wildlife as well as Batwa rights.

The Uganda Wildlife Authority says it is doing this by allowing the Batwa to take tourists into the forest and a fifth of the revenue collected from the park goes to nearby villages through the local government.

According to Uganda Wildlife Authority's executive director, Sam Mwandha, people - including the Batwa - can come up with proposals to be funded using this money.

"During the movement of the Batwa out of the forest, several errors were committed. But the allegation of not getting land, not allowing them to have their culture, is really misguided and not correct.

"We are telling them: 'Go to school and study', but we are [also] saying: 'Don't forget your culture, you can use it to make money.'"

Yet the Batwa want a place to call home and recognition as an endangered indigenous people so they have better protection under international law.

Back in the forest, Mr Tumuhairwe admits education and farming have been beneficial to some Batwa - though he adds the caveat:

"But when you come to think of it, that too is erasing who we are, where we came from." 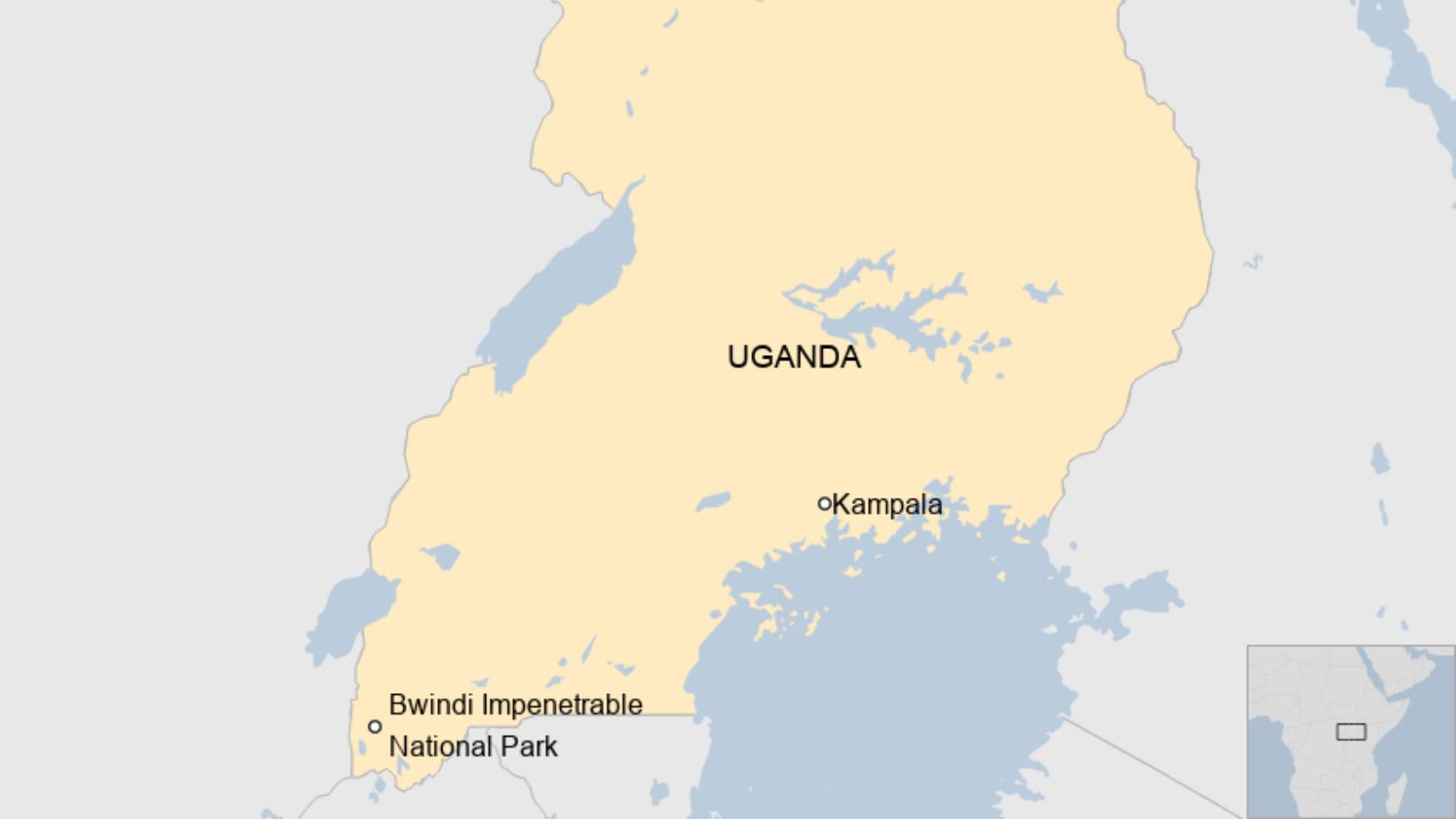