View from the Termite Mound.

Minister Maghembe Declares War on the Maasai of Loliondo - The dry season became catastrophic. There were more meetings by the RC’s committee. Herders were shot by Senapa rangers. The Minister for Natural Resources and Tourism made a declaration that the land had to be taken - flanked by OBC’s journalists. The councillors protested the minister’s declaration. The situation is terrifying. 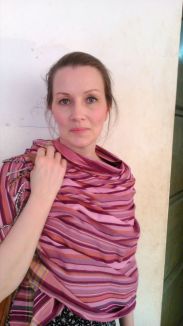 The dry season continued in January turning into a drought described as worse than the one of 2009. Cows are dying and people are gravely affected physically and mentally.
The RC and the Committee
The Arusha Regional Commissioner Mrisho Gambo returned on 16th January to, as ordered by Prime Minister Majaliwa, together with the committee – consisting of representatives of government organs. “investors”, conservation organisations, NGOs, women and youths, and local political, traditional and religious leaders - continue “finding a solution” to the conflict over 1,500 km2 of village land next to Serengeti National Park that the hunters from Dubai, OBC, and representatives from some ministries want to turn into a protected (not from hunting) area and thereby evict the Maasai that already lost land with the creation of the national park.  Hopes were high that the RC would be on the side of the people. On the 16th, OBC’s “report” (that I still haven’t got hold of) about the environmental necessity of the Game Controlled Area 2009 was presented and got support from TAWIRI, parastatal within the Ministry for Natural Resources and Tourism. The problem with unmonitored big game hunting by foreign millionaires was apparently not addressed, among other elephants in the room, and OBC’s Isaack Mollel could arrogantly extend himself on talk about OBC’s contributions to the District and the community.

On the 17th the whole committee went on a field trip to the areas under dispute, passing from near the border with Kenya at Kuka Hill in Ololosokwan to Klein’s Camp, Oloosekek, Leeneti, Sikiya, Kirtalo across the boma of the chairman and further to Oloipiri. On the 18th the field trip continued from Oloipiri to Olorien and Arash. Sadly, representatives from Tanzania National Parks Authority, TANAPA, and others, refused to listen to the leaders from Loliondo who were trying to placate them with talk about a Wildlife Management Area, WMA (almost as bad as GCA 2009) and the “conservationists” crudely just ran off looking for where to put the boundaries of the Game Controlled Area as per Wildlife Conservation Act 2009, the threat to their existence that the Loliondo Maasai have now spent years and so much effort warding off. The director of TANAPA, Allan Kijazi, and the regional security officer, Fratela Mapunda, have been mentioned as particularly aggressive. Another individual that have featured in media in shameless support of robbing the Maasai of the 1,500 km2 of osero is the Director of Wildlife, Alexander Songorwa. On 21st January, the RC declared that there were two options: GCA 2009 and WMA. Both are very bad news for pastoralists in Loliondo, and that’s also what leaders were told in following meetings with community members. I remember that someone once told me that the result of a WMA is the same as with a GCA 2009 for a herder who will be told by rangers to, “stop, this is a protected area now”, or in harsher words and acts. The RC declared that another committee would go through the two proposals marking special areas that are of interest for investors.