Threatened by famine, pastoralists have turned to violence.

Sitting on the edge of Kenya’s highest mountain, its spectacular dun-coloured vistas stretching out into the endless distance, Laikipia is one of the most beautiful corners of east Africa.

The region received a rush of publicity in 2010 when Prince William proposed to Kate Middleton at a log cabin there. Tens of thousands of tourists now flock to parks and reserves in an area that promises rare sights including the world’s last three remaining northern white rhinoceroses.

From the verandas of self-contained tents at lodges such as Lewa safari camp, visitors look out on endless stretches of wheat-coloured grass and the snow-capped peaks of Mount Kenya in the background. They can also see some of the rarest species on earth, including Grévy’s zebras, with their arched necks and distinctive thin stripes – now found almost exclusively in the northern Laikipia ecosystem – and masses of black rhino.

Yet this windswept highland plain has been in the news for all the wrong reasons. Thousands of herders are fleeing their traditional grazing lands as a biting drought engulfs east Africa, and their animals have swept through farms and conservation areas. Many of the herders have committed acts of shocking violence, and dozens of families have been displaced. The herders’ crimes, including the killing of the well-known safari guide Tristan Voorspuy, have been widely condemned.

Some British tabloids have cast the situation in racial terms, with one speaking of the “end of the white man in Africa”. This is not accurate. Ranches owned by both whites and blacks have been overrun. Powerful Kenyans, including a former chief of the army and a former speaker of the national assembly, have seen their holdings occupied by armed raiders.

Still, an undertow of grievance about history has always informed relations in Kenya’s highlands and is playing a major role in the crisis. When the British arrived at the end of the 19th century, the Maasai warriors occupied some of the best land and it was coveted by the settlers. Under a 1904 treaty Maasai chiefs agree to vacated their settlements in the central Rift Valley and moved to Laikipia, land they were promised they could hold “so long as the Maasai shall exist as a race”. Like many treaties of that era, it was soon violated and the Maasai were again forcibly ousted from Laikipia and moved farther away to a reserve in southern Kenya. 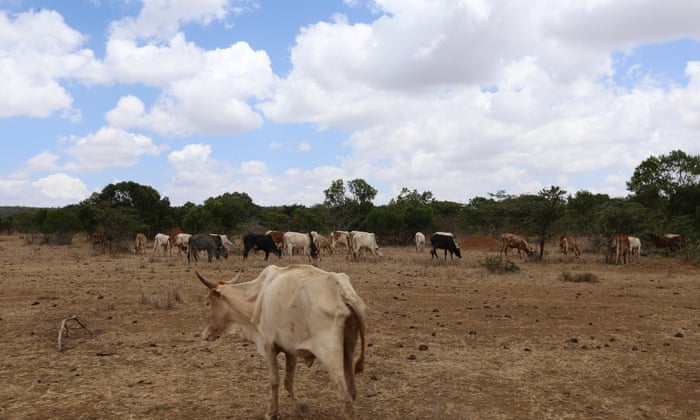 Local people say the latest migration of thousands of herders with tens of thousands of cows, goats and sheep in search of water and pasture has been triggered mainly by harsh weather patterns. Politicians, however, have taken advantage of historical grievances and played a role in goading on the pastoralists. Their call to them to forcibly occupy the holdings of all large landowners in the area, black and white, has rattled Laikipia. It has also opened up a national debate on land ownership in Kenya, a country in which race relations have not been as fraught as in similar former settler colonies such as Zimbabwe, or in South Africa, with its tortured history.

“This crisis is partly driven by the effects of the drought,” says Joseph Shuel, a human rights activist based in Laikipia. “But historical grievances also play a role with politicians inciting herders and misleading them that they can take land by force outside the bounds of the law.”

Kenya will hold a general election in August and the government has been accused of sitting on the fence for fear that aggressive action against the herders – and local politicians inciting them – would cost votes. “What we have is an unfortunate combination of events, with a serious drought coming just before an election, and that has fed into the crisis,” says Elijah Kamunya, head of the revenue board of the local government in Laikipia county.

On Friday, President Uhuru Kenyatta ordered the army to deploy to Laikipia to support police efforts to improve security, a move welcomed by Boris Johnson who toured the region on his first visit to Africa as foreign secretary.

Conflicts between herders and farmers are not uncommon in Africa. Experts say that amid worsening climate stresses, growing populations and tougher competition for scarce resources these clashes could escalate and far-reaching measures need to be taken. In Nigeria, fights between Fulani herders and farmers have cost hundreds of lives in the past three years.

Laikipia, where conservation efforts receive millions of pounds in aid from donors including Britain, could be a model for a system of land use that manages to preserve the region’s unique biodiversity while allowing local communities access to much-needed resources. Shuel, who previously managed a Maasai-owned group ranch, says there should be a sensible compromise between heated demands for radical land restitution and the apocalyptic claims of a race war from British tabloids that focus on the perspectives of white settlers, many third-generation Kenyan citizens. 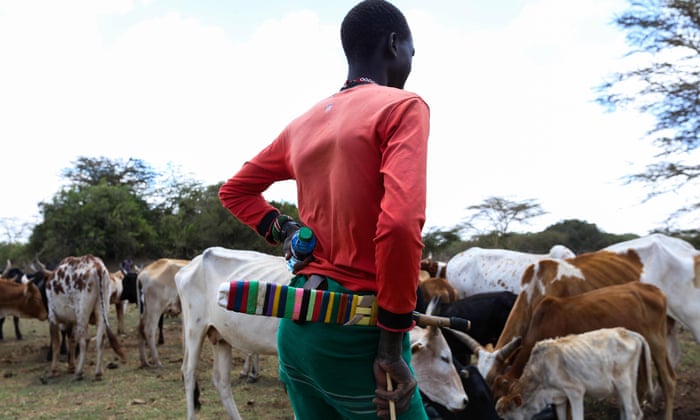 “We need to pay attention to land usage and not just ownership,” says Shuel. “Going down the populist route, where politicians urge supporters to just grab land, will mean a loss for everybody and this place will soon be a desert.”

There are several models for a collaborative approach and some ranches have remained largely untouched by the mayhem. The Lewa conservancy, where the royal engagement took place, has a far-reaching community programme that provides medical services and runs water management.

Another oft-cited example is the Ol Pejeta conservancy. The 90,000-acre ranch was once a symbol of the decadence of the “Happy Valley” set of freewheeling aristocrats who settled in Kenya in the first half of the last century. It was established by Lord Delamere, a notable early settler, and had a succession of colourful owners. The Saudi arms dealer Adnan Khashoggi turned it into a billionaire’s playground in the 1970s, complete with sunken baths and silver-coated elephant tusks ringing enormous beds before, legend has it, he lost the whole thing to Lonrho tycoon Tiny Rowland on a bet.

The UK conservation charities that bought the 90,000-acre ranch from Rowland took it in a completely new direction. Ol Pejeta is operated on a non-profit basis and has an extensive community service set-up that includes the offer of grazing to pastoralists affected by drought. The CEO of Ol Pejeta, Richard Vigne, says the latest confrontation points to the need for a more coordinated approach to ensure that communities benefit more from local resources. “There must be a long-term, government-endorsed approach to secure this land for sustainable management. Initiatives to improve access to grazing lands and markets are already happening in an informal way, but that needs to be formalised.”

Media commentators in Kenya have also called for private ranches to pay their fair share of land rates, pointing out that enhanced taxation of the vast spreads of land in conservancies would spread the benefits more widely.

Despite losing tens of thousands of elephants and rhinos to poaching in recent decades, Kenya still boasts some of the richest, densest stores of wildlife in the world. It is a legacy that can be protected only by building relationships with local communities. Many view national parks with hostility because the animals trample their crops and kill their neighbours.

Several conservation groups are now involving local communities, most notably the Rhino Ark, a charity that led a project to fence off the Aberdare Forest, a huge expanse of indigenous trees. The electric fence, maintained by the community, means farmers no longer spend sleepless nights fighting to keep elephants off their crops.

A plan to build a 280-mile game-proof fence around Mount Kenya, not far from the Laikipia region, was endorsed by Pope Francis on his visit to the country in November 2015.

Shuel says the latest crisis should serve as a wake-up call. “Droughts are cyclical and they will happen again. We shouldn’t have these fights every time. We just need an accommodation where everyone feels they are benefiting. The conservancy operators should spread their wealth more widely and allow access to water and pasture in dry seasons. They should also engage the local people who in turn should resist incitement. Going back to history will not solve any of our problems.”